COMMENTARY: Ageism is getting old 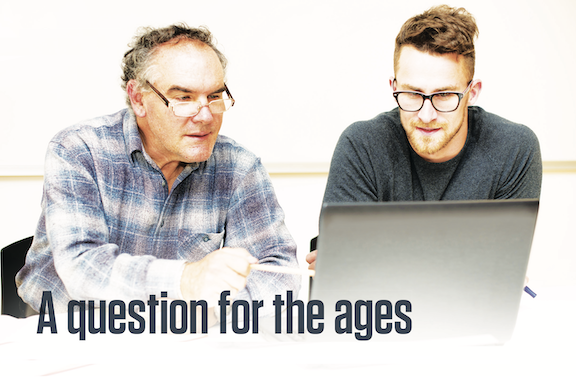 Society takes a hard stance on racism and sexism, as it should. But it still seems to be quite acceptable to judge people according to their age.

And if you think age discrimination, or “ageism,” only affects older workers, you’re only seeing half the problem.

Yes, mature workers are sometimes denied work opportunities and may even find it difficult to find rewarding employment as they reach the traditional retirement age.

But the ones who arguably face even more discrimination in the workplace are millennials – those who reached adulthood in recent years. They are easily dismissed and frequently targeted as lazy or entitled.

Here’s something I hear all too often in automotive circles: “I’ll never hire anyone born after 1990!” The declaration is usually followed by a scoff and a story of a bad hire or a problematic work experience.

I have never found that age is a predictive factor when it comes to attitude or effectiveness in the workplace.

Over the course of my career, I’ve hired many people and overseen many others. Among them were some who are lazy and some who are full of energy. Some who were selfless and some who felt entitled. But I’ve never found that age is a predictive factor when it comes to their effectiveness.

We just hired two young workers for a new branch. Both are fresh out of high school. They are punctual and extremely hard working. When they’ve finished a task, they don’t stand around idly. They run to management and ask for something else to do.

They certainly don’t seem “entitled” to me! In fact, tell me which of the following two people you think is more likely to act entitled.

Person A is a recent college grad with a burdensome student loan, working a minimum wage job and taking on some freelance web work to pay the bills. Car insurance is high, even though they have a clean driving record. And they’re sharing an apartment with three friends to keep costs down while trying to save enough money for a down payment on a house in an inflated market.

Person B is a retired teacher, with a house that is paid for, and no household debt. They’ve begun enjoying a full pension that allows them to spend most time at family cottage, while their spouse continues to work, collecting six-figure income.

Who could use a discount buying toiletries at the drug store?

Please don’t misunderstand me. I respect the contribution my seniors have made, both to the industry and to the country as a whole. I certainly appreciate it when they work hard into retirement. We all benefit from their experience and wisdom. And I think seniors who are on a fixed income deserve their discounts.

But decrying a whole generation of young people as being entitled and lazy is simply not fair. And in some cases, it’s downright hypocritical.

If you want to do your company a favour, hire people without regard to their age. Throw out your preconceived notions about the young and the old alike. Invest in people who can help your business grow. Attitude and ability are the key determining factors… not age.

Zara Wishloff is vice president of sales and marketing for Automotive Parts Distributors (APD) with four warehouses in Alberta and Saskatchewan. You can reach him at zwishloff@apdparts.ca


2 Comments » for COMMENTARY: Ageism is getting old