Changes at Uni-Select as Buckley leaves

Chairman Andre Courville will take over on an interim basis, other roles also change 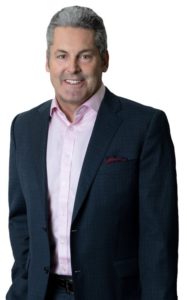 The company announced on Sept. 18 that, for the time being, Andre Courville has taken on Buckley’s previous role and stepped down as chairman member of all committees. He will remain a member of the board.

Other roles will also be changing as a result. Michelle Cormier has been nominated as chairwoman of the board and has stepped down as head of the audit committee as Richard Roy will take over as chairman.

Meanwhile, Steven Arndt is leaving Uni-Select subsidiary Finishmaster after 25 years and Chris Adams will take over as president and CEO.

Adams, along with Canadian automotive group president and chief operating officer Brent Windom and European group head Peter Sephton, will continue in their roles of leading day-to-day operations and report to Courville.

“We thank Henry for his years of service and loyalty to Uni-Select and wish him well in his future endeavours,” Courville said in a statement. “In his long career at FinishMaster, Steve has had an undeniable contribution to the success of creating a market leader in the refinish market and we wish him all the best. Finally, we believe Chris is the right leader to drive FinishMaster forward.”