Senate finance committee advises government to put changes on hold, if not scrapped 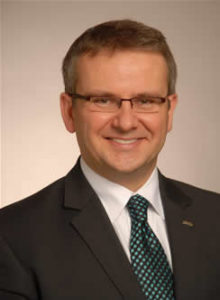 The Canadian Federation of Independent Business is calling on provincial finance ministers to urge the federal government in delaying new rules around income sprinkling that come into effect in just a few weeks.

Dan Kelly, president of the CFIB, said that this is one of largest tax changes small business owners have faced in decades. With the deadline coming up on Jan. 1, 2018, he complained that the federal government has provided no details to business owners, nor any implementation advice to tax professionals.

“The new rules to the way small business owners share income with family members may require changes to existing business structures and there will be no time to make any of this happen before year end,” Kelly said. “Even if government releases the detail today, it will land at one of the busiest times of the year for thousands of firms in the retail and service sector.”

Back in October, the group welcomed many adjustments made by the government for its proposed tax changes. That included a commitment to release draft legislative proposals for income sprinkling in the near future.

But with time running short, the CFIB is naturally concerned.

“After positive signs that government was starting to listen to the concerns of small business owners, moving ahead at this stage with changes that have not been legislated, studied or even shared would amount to another broken promise to Canada’s entrepreneurs,” Kelly said.

Meetings between the country’s provincial finance ministers began on Dec. 11. The CFIB wants the ministers to push the federal government to impose a one-year delay the implementation of income sprinkling rule changes, to Jan. 1, 2019.

The group’s concern centres around with the way the new rules won’t take into account many formal and informal ways family members participate in the business, specifically the role of spouses. Business owners, the CFIB claims, are worried that they could see their red tape burden increase significantly in order to prove that their family members make a “meaningful contribution” to the family enterprise.

“The government has used the term ‘tax fairness’ when speaking of the tax proposals,” Kelly said. “But leaving businesses in the dark about changes that are just weeks away, is anything but fair.”

Senate finance committee members say that if Morneau is not willing to scrap the changes then the whole process should be delayed until 2019.

The committee spent the fall holding public hearings to study Morneau’s proposed changes to passive investment income and income sprinkling. The Senate issued a report calling on the minister to withdraw proposed changes to the Income Tax Act and instead undertake a full review of the law.

Sen. Elizabeth Marshall said it was clear to her from the study that the government hasn’t done its homework and doesn’t entirely know the potential impact of the changes being proposed.

The report says that the government won’t withdraw its proposal, it should at least delay it until the consequences can be studied more carefully.

— With files from The Canadian Press