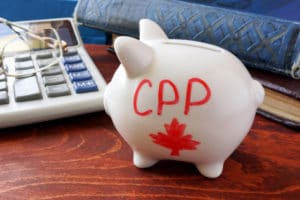 A survey among members of the Canadian Federation of Independent Business shows that small business owners want the new Ontario government to muscle its way to force a delay – or even the outright cancellation – of planned change to the Canadian Pension Plan.

Increases to CPP premiums of 20 per cent and boosting maximum pensionable earnings to nearly $80,000 was agreed upon by the federal government and provinces in 2016 and are set to kick in on January 1, 2019. However, it required two-thirds of the provinces representing two-thirds of the population to agree. As the largest province, Ontario effectively has veto power over the decision. If it decides to pull out, the changes would not happen.

The CFIB said more than half of the 2,065 respondents want to delay CPP expansion pending a review of other options, while almost a third want out of it entirely.

The group said these hikes, combined with increased minimum wage and energy costs are too much for some to bear. It also added that other methods like the Pooled Registered Pension Plans – which was proposed and eventually dropped in favour of the CPP changes – is a viable alternative.


2 Comments » for CFIB calls on Ontario to halt pension changes