Volkswagen to face fines on both sides of the Atlantic

German fines would be a mere fraction of the more than $15 billion it owes in the United States. 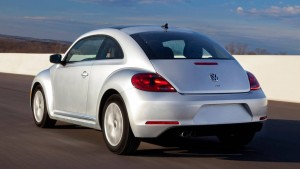 German prosecutors say they will throw the book at Volkswagen over its diesel emissions deception.

That would be a mere fraction of the more than $15 billion it owes in the United States.

In two related settlements, one with the United States and the State of California, and one with the U.S. Federal Trade Commission (FTC), German automaker Volkswagen AG and related entities have agreed to spend up to $14.7 billion to settle allegations of cheating emissions tests and deceiving customers. Volkswagen will offer consumers a buyback and lease termination for nearly 500,000 model year 2009-2015 2.0 liter diesel vehicles sold or leased in the U.S., and spend up to $10.03 billion to compensate consumers under the program. In addition, the companies will spend $4.7 billion to mitigate the pollution from these cars and invest in green vehicle technology.

The settlements partially resolve allegations by the Environmental Protection Agency (EPA), as well as the California Attorney General’s Office and the California Air Resources Board (CARB) under the Clean Air Act, California Health and Safety Code, and California’s Unfair Competition Laws, relating to the vehicles’ use of “defeat devices” to cheat emissions tests.  The settlements also resolve claims by the FTC that Volkswagen violated the FTC Act through the deceptive and unfair advertising and sale of its “clean diesel” vehicles. The settlements do not resolve pending claims for civil penalties or any claims concerning 3.0 liter diesel vehicles.  Nor do they address any potential criminal liability.

The affected vehicles include 2009 through 2015 Volkswagen TDI diesel models of Jettas, Passats, Golfs and Beetles as well as the TDI Audi A3.