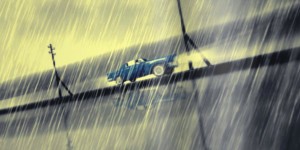 A lot can happen in 27.75 meters… which is why visibility items like wipers and lights should be a key concern for every driver.

There are tremendous benefits for any shop that can offer customers complete confidence that they’ll be able to see – and be seen – on the roads.

“Those are safety items, and our business is customer service,” says Dave Dansereau, one of the owners of Lads Automotive in Calgary. “So we want to make sure they’re looked after. That’s first and foremost. But as a profit center, they’re also good for the business.”

He says every vehicle gets a complimentary inspection and his techs will notice worn wipers or burnt-out bulbs.

“They’re very good at identifying items that need replacement,” he says. “And that starts a conversation with the service advisor and the client.”

There’s rarely resistance when visibility issues are brought up.

“A lot of our clients are maintenance customers. They understand that when we bring something up, it’s not done as a sales pitch. It’s brought up as an item that needs attention and we want to maintain their vehicle and look out for their safety.”

Wiper blades should be inspected every six months for signs of wear and replaced accordingly. Geographical area and climate will both affect wiper blade performance. Extremes of temperature – both hot and cold – contribute to wear, as do environmental factors like road debris and ozone exposure.

Like wipers, headlight bulbs start to wear out over time. Their light output will gradually get dimmer over time, losing up to 40 percent of their brightness in just two years (about 200 hours of use under regular driving conditions). This is due to several factors including age, usage, and the effects of humidity, electrical resistance, and filament fatigue.

Unfortunately, drivers tend to become accustomed to the reduced lighting, and neglect to mention it to their technician when they bring their car in for service.

When it’s time to replace bulbs, it should be done in pairs. If one headlight is new, there will be an uneven field of vision on the road, which can be a distraction to the driver and other drivers on the road.

Headlamps will also need periodic aiming since vibrations and shocks will take a toll over time. And while you’re at it, lenses should also be inspected to ensure they’re clean, and free of scratches.

Both wipers and lighting have seen a flurry of technological developments in recent decades.

Beam or ‘bracketless’ blades are easily the most popular type of blade in the market today. This curved one-piece blade design applies more uniform pressure across the entire length of the blade to ensure a clean and consistent wipe.

From the time it was introduced in North America in the late 1990s, the technology has caught on rapidly and is now found on nearly 80 per cent of vehicles sold. Styles have proliferated at the same time, and some 15 separate configurations are now on the market, and the evolution is continuing with new materials and styles constantly being developed. Protective finishes are also being used to battle UV rays and make water bead away from the blade.

In lighting, technology is moving forward, with incandescent bulbs giving way to halogen, and then to xenon, and now LED (light-emitting diode).

While LEDs used to be restricted to use in signal lighting (brake and turn lights) and interior illumination, they’ve graduated to use in headlights – largely because they’re an efficient source of light that requires very little energy and lasts a long time with great styling options.

Beam patterns have also evolved, from simple reflectors to a combination of projector, reflector and motorized devices to direct the beam where it is needed. Forward lighting can now be specially configured in a variety of ways to improve driver sightlines. Road signs, intersections, other vehicles, and potential hazards are visible earlier on.

“We have to make it our issue,” he says. For many people, wiper blades and light bulbs are a little too far down the list of things they’re going to monitor on a regular basis. Unfortunately, it’s out-of-sight, out-of-mind, and it’s the technicians job to look after visibility details that could so easily be neglected.

“One of my pet peeves is when a vehicle leaves our shop and a headlight, or a taillight, or a brake light is out,” says Dansereau. “It’s a safety thing. People need to be seen at night. If we’re not replacing them when they need to be replaced, we’re not doing our job.”