AIA releases report on the challenges faced by women in our male-dominated industry. 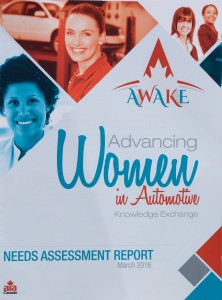 AIA Canada’s senior director of industry relations says if the automotive aftermarket is serious about resolving its growing skills shortage, it needs to open its doors to more women.

Speaking at the association’s third annual Women’s Leadership Conference in Collingwood, Ont. in June, France Daviault said the male-dominated aftermarket has a lot to gain by creating workplaces that are more welcoming to women.

“If we’re short of skilled labor, doesn’t it make sense to look at 51% of the workforce, the women?” she said. “Doesn’t that just make good business sense?”

She said women make up only 6% of the automotive industry in Canada, and they’re least represented in the most technical jobs where there are acute and growing shortages.

“The biggest gap is at the technician level. We definitely want to see more women technicians,” she said. “But it’s not only about numbers or about recruiting more women. It’s about addressing the culture in our workplaces that makes women feel less than welcome. That’s a huge challenge.”

Improving the situation, she pointed out, would not just benefit women.

“There’s a lot of research that shows there’s a direct line between more diverse workforces and increases in revenue and customer satisfaction,” she said.

Daviault shared the recommendations from a new report, funded in part by the federal government, on the advancement, recruitment, and retention of women in the Canadian automotive industry.

The AWAKE report says the aftermarket is not currently seen as “an industry of choice for women,” but it might be if:

The AWAKE report was informed by an online survey as well as a number focus groups held in both English and French across the country. Comments from the participants highlighted concerns about the acceptance and treatment of women within the industry, the impacts of workplace culture, the public perception of industry opportunities for women, and the general lack of resources for women. 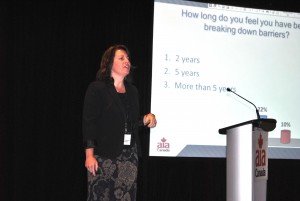 Daviault said two of the findings in particular need to be addressed immediately: Zero tolerance for stereotyping, and a formal structure to address sexual harassment.

“Those two are just givens. In order to move forward as a more inclusive industry, we need to do these things,” she said. “And now that we’ve been given money from the federal government, we need to do something. We’re going to be held accountable.

“I can tell you that we are making waves. This industry, the automotive aftermarket, has the attention of the federal government and provincial governments. They are definitely taking notice.”

The content of the most recent Women’s Leadership Conference – particularly a panel discussion on the experiences of young women in the industry – got high marks from attendees.

Daviault said she wants to move future conference to other parts of the country to hear from more women and address their concerns. And she’s convinced there’s widespread support for creating a more inclusive and diverse industry.

“I’ve had emails from men in the industry who are very supportive and engaged in this issue. We need that,” she said. “This is not a women’s issue. This is an industry issue, and we need to tackle it collectively.” 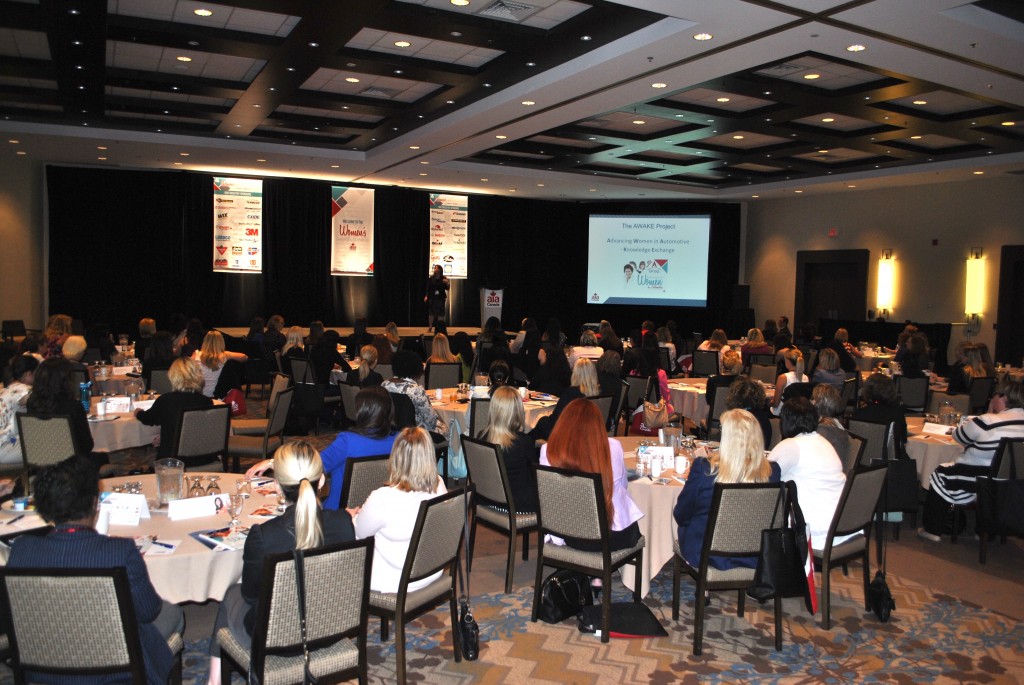 The AIA’s Women’s Leadership Conference held in Collingwood, Ont. drew hundreds of women from across the country.