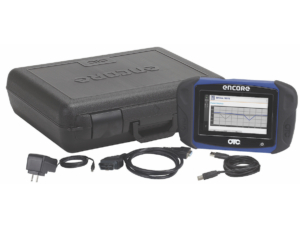 Highlights of the software release include TPMS updates and improvements to tests for diagnosing various issues with Ford, Chrysler and Toyota vehicles. In total, the release increases coverage for 642 new systems and 2,314 new vehicle-ECU combinations. With the update, technicians can expand their testing and diagnostic capabilities within the shop as they work to fix customer vehicles.