NUMBERS: Stats That Put Our Industry Into Perspective 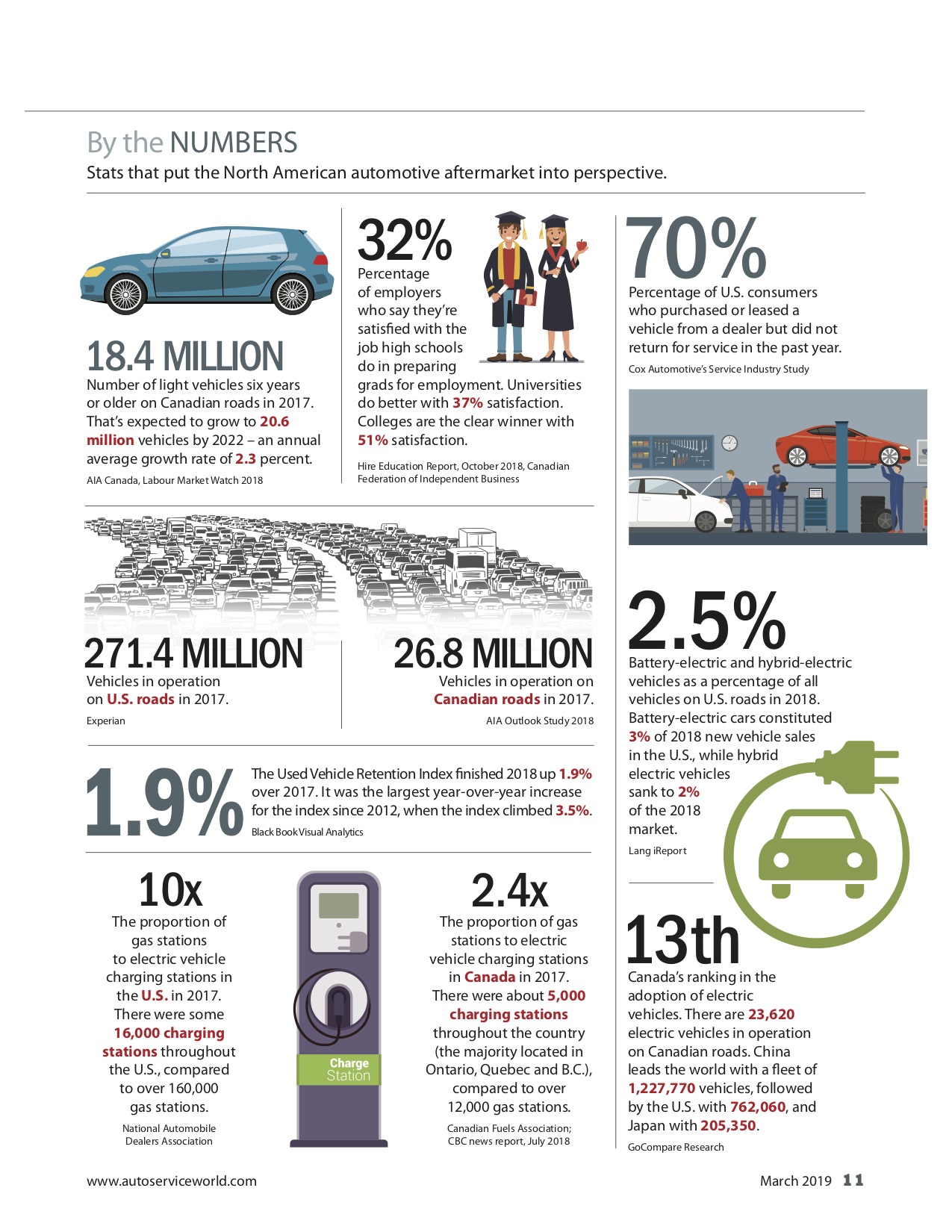 Percentage of employers who say they’re satisfied with the job high schools do in preparing grads for employment. Universities do better with 37% satisfaction. Colleges is the clear winner with 51% satisfaction.

Number of light vehicles six years or older on Canadian roads in 2017. That’s expected to grow to 20.6 million vehicles by 2022 – an annual average growth rate of 2.3 percent.

Vehicles in operation on Canadian roads in 2017.

Percentage of U.S. consumers who purchased or leased a vehicle from a dealer but did not return for service in the past year.