By the numbers: Non-driving related accidents and more… 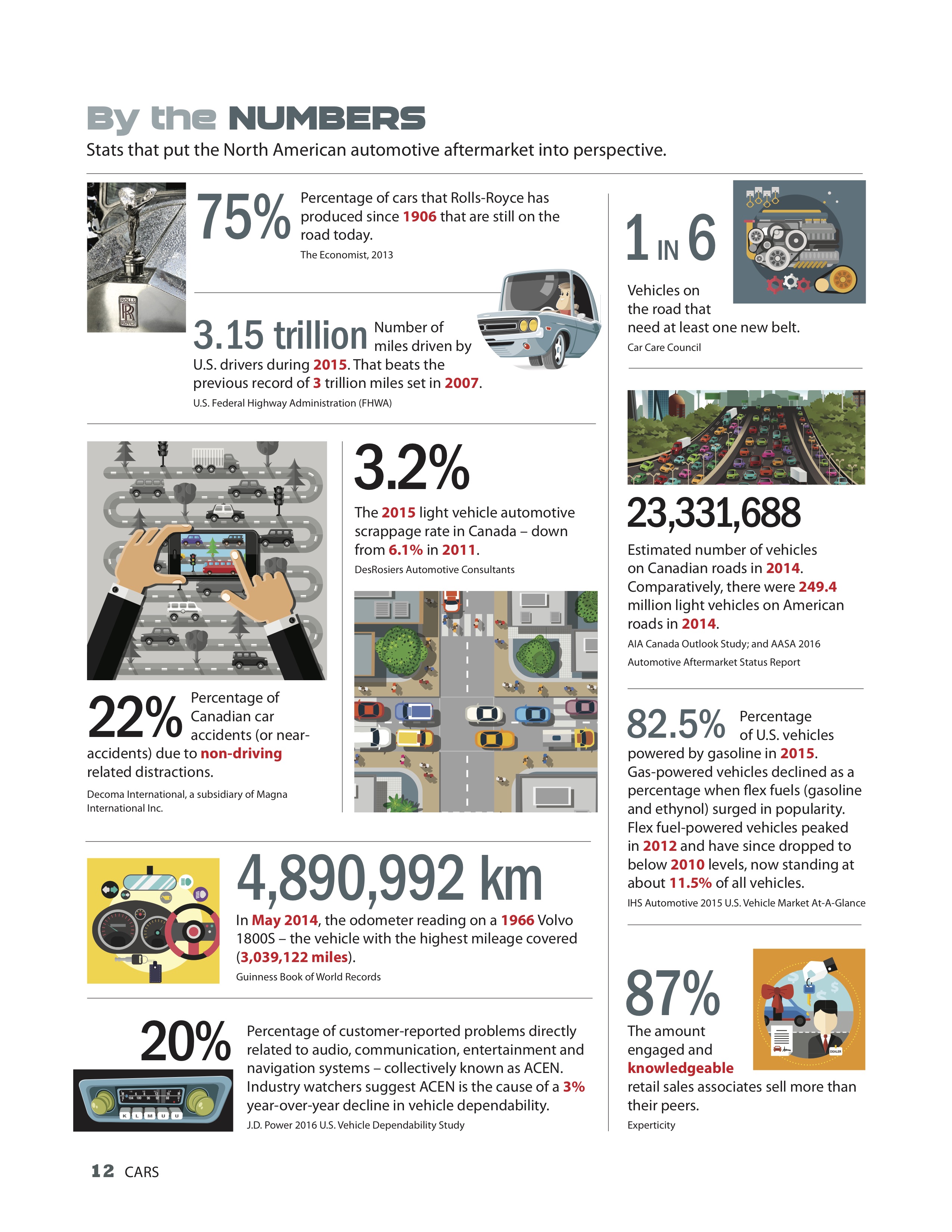 Percentage of cars that Rolls-Royce has produced since 1906 that are still on the road today.

Vehicles on the road that need at least one new belt.

Percentage of Canadian car accidents (or near-accidents) due to non-driving related distractions.

The amount engaged and knowledgeable retail sales associates sell more than their peers.

Percentage of U.S. vehicles powered by gasoline in 2015. Gas-powered vehicles declined as a percentage when flex fuels (gasoline and ethynol) surged in popularity. Flex fuel-powered vehicles peaked in 2012 and have since dropped to below 2010 levels, now standing at about 11.5% of all vehicles.

Number of miles driven by U.S. drivers during 2015. That beats the previous record of 3 trillion miles set in 2007.

Percentage of customer-reported problems directly related to audio, communication, entertainment and navigation systems – collectively known as ACEN. Industry watchers suggest ACEN is the cause of a 3% year-over-year decline in vehicle dependability.