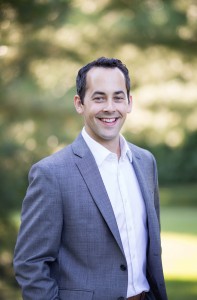 The Aftermarket Auto Parts Alliance announced has hired John Carlson (JC) Washbish to round out its marketing team.

As sales, marketing & brand manager, John’s responsibilities will include the areas of branding, advertising and promotions as well as support for sales activities.

“After carefully reviewing our marketing processes and activities we made a strategic staffing decision some time ago,” said John R. Washbish, president and CEO of the Alliance. “Knowing that we have one strong individual on the team with Megan Hastings, our digital marketing and training manager, we decided that rather than bringing in someone to head the department, we would add another strong, like-minded young person. This approach is based largely on the way everyone here at headquarters is involved with marketing. We are building a team that will serve us well into the future.”

Washbish went on to explain that he and his management team felt that by splitting the responsibilities in the marketing department appropriately, they could cross-train and cross-pollinate a bright young team of individuals and ultimately get more energy and creativity out of a “self-led” department.

“After a thorough 30-year vetting process, I feel like I have a good understanding of the capabilities of our candidate,” joked the senior Washbish about hiring his son.

“Admittedly, I was reluctant when several of our shareholders suggested hiring JC,” continued Washbish. “Both Fred Bunting (Auto-Wares) and Eli Futerman (Hahn Automotive) continued to encourage me to hire him and that chorus was soon joined by Corey Bartlett (Automotive Parts Headquarters). Finally, Fred called me and said, ‘If you don’t hire him, I will.’ I guess you could say I was persuaded.”

In addition to his marketing responsibilities, JC will assist Vice President of Sales Jason Phillips with national and regional accounts sales. “JC certainly inherited a healthy dose of the Washbish charm,” said Phillips. “It will be good to have some of his youthful energy on the sales team.”

JC Washbish holds a Juris Doctor degree from Ava Maria School of Law in Naples, Florida and a bachelor’s degree from Franciscan University of Steubenville, Ohio. Most recently he was employed by NGK Spark Plugs (U.S.A.), Inc. as an Account Executive where he was responsible for several major retail accounts as well as servicing all accounts in the Caribbean market.  He, his wife Mallary and their three children will be relocating to San Antonio.