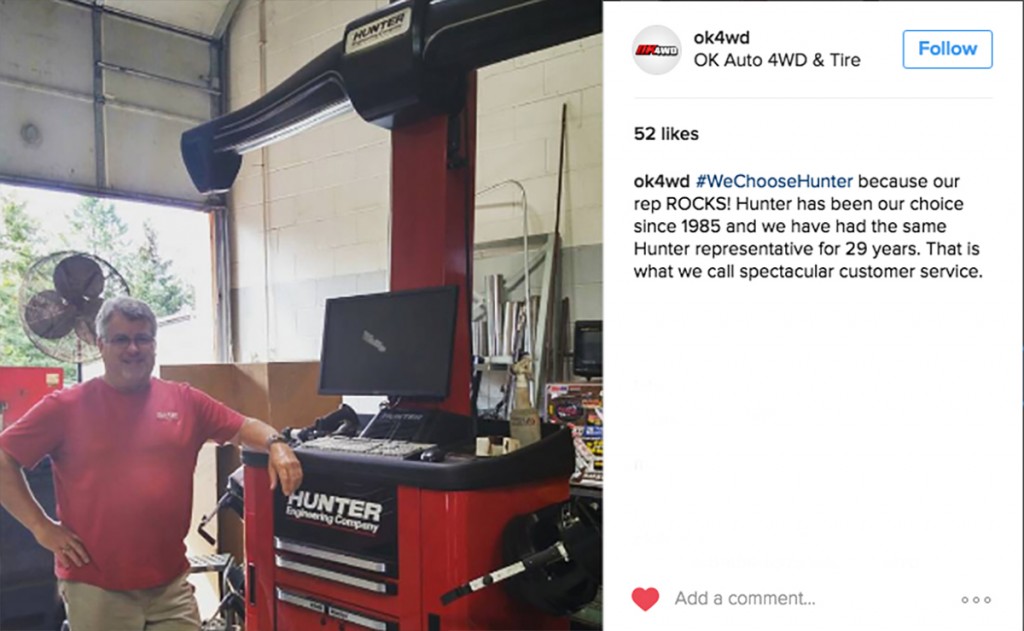 Hunter Engineering has launched a two-part social media contest that offers trips to SEMA 2016 and the chance to win a SmartWeight Touch wheel balancer at the show.

Before SEMA, two shops can win a trip to SEMA 2016 by following Hunter on Facebook, Instagram, Twitter or YouTube and posting their answer to the question: “Why do you choose Hunter?” using hashtag #WeChooseHunter to be entered into the contest.

Winners will be announced via social media September 15.

At SEMA, visitors to Hunter’s booth #41029 can upload a photo or video of their favorite Hunter equipment to social media for a chance to win a free SmartWeight Touch wheel balancer using the hashtag #HunterAtSEMA.

The winner will be announced via social media Thursday, November 3.

There is no limit to the amount of times a Hunter follower may post and enter the contest.