When there are more positions available than bodies to fill them, it’s more important than ever to have a strategy to keep your benches filled. 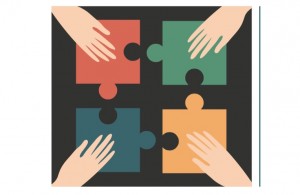 Are you offering continual in-house technical training to your technicians?

According to a panel of experts at the recent Congress of Automotive Repair & Service in Detroit, you should probably think about it as a means to combat the growing labor shortage.

In-house skills development is no longer something found only at large corporations in resource-based industries. With today’s technician shortage, more and more companies are trying that strategy, including automotive repair shops.

“Speaking to shop owners, I’ve found that the trend is to grow their own talent,” said Chris Chesney, senior director of customer training at the Carquest Technical Institute.

“You’re going to have to make that decision to invest in your employees. Be willing to train,” agreed Robin Rayburn, editor and general manager of the human resources website Interviewing.com. “Right now you may see it as too expensive, too costly in time and resources. But we’re getting to the point where you’re just going to have to do it to compete for the talent that’s out there.”

The panel was moderated by Bob Wills, the director of mechanical service for the Automotive Service Association (ASA), and owner of Wills Auto Service in Battle Creek, Michigan.

“Given what we’re seeing, we have to build our own employees,” he said.

It was a theme that was echoed often during the panel discussion, including by ASA vice president Tony Molla.

“If you can’t afford to empty your shop and take all the techs to training, you need to develop a learning culture, where you take it upon yourself to grow your own talent,” he said. “That’s your responsibility. You have to train, and mentor, and facilitate. You have to make it happen.”

Molla said automotive shops need to be proactive in developing their staff and finding creative ways to keep them from leaving for greener pastures.

“What we’re talking about isn’t new. We’ve been competing for talent since the early 1900s,” he said.

According to panelists, one of the solutions is to find new sources for the next generation of technicians.

“How many of you are involved in the industry advisory committee at your local high schools? You have a farm team right in your own community,” said Pete Meier, a technical editor and director of training for UBM Advanstar. “And yes, many high schools are eliminating their skilled trade courses. If that’s happening in your area, it’s something you and your fellow shop owners need to fight for.”

In a separate workshop, Rayburn offered practical interviewing techniques to identify the best employees for your operation.

She said in an industry like automotive repair – which demands high levels of customer service and exceptional quality of work delivered in a timely manner – having the right people in place is absolutely critical to success.

Asking the right questions when you interview prospective candidates will give you the best chance of finding someone who will fit in with other employees, round out your resource bank, and contribute to your company’s success.

She described the typical job interview as a great opportunity to go beyond resume facts. To do that, you have to ask questions that can’t be answered in a single word.

“If you’re getting one bit of data, you’re probably wasting your time and the candidate’s,” she said.

She said questions should lead to discussions. Among the conversation starters:

In many of these questions, there’s no single right answer, she said.

“There are wrong answers, or bad answers… but there are lots of right answers.”

The best ones show how a person thinks, and how open they are to asking for help or becoming a team player.

She avoids the oft-asked question, ‘Where do you see yourself in five years’ because you’re essentially asking the candidate to lie to you.

“People are hopping around more and more, these days, especially the millennials,” she said. “They stay an average of 18 to 24 months. Ask them instead what they want to accomplish in this position, or what they’re most excited about learning.”

She said the number one quality that employers are looking for, across all industries, is grit.

“Last year it was happiness. This year it is grit and self-control,” she said.

Defined as the ability to maintain interest and effort toward very long-term goals, grit is considered a significant marker for success.

“If you have the ability to invest in training, lean toward the candidate that has the better attitude toward learning,” she advised. ‘Can they do the job?’ is not the same as ‘Can they learn to do the job.’ Ask yourself if they could get better at the job.”

The final consideration in any job interview is whether you want to work with the person.

“This is different from do you want to be their friend,” she said. “You want someone you can have productive interaction with on a day-in, day-out basis.”

Learning how to interview successfully takes time. Because employers do it so rarely, they don’t get a chance to improve. But managers who are committed to conducting productive interviews will get the hang of it with practice.

“Bad interviews are easier to do. They require less time, less thought, and less creativity on your part,” she said. “If you want a good interview you have to invest some time first. The payoff is a better team, a better experience for your customers, and a better working life for everyone involved.”