George Sherman steps down as president of Advance Auto Parts 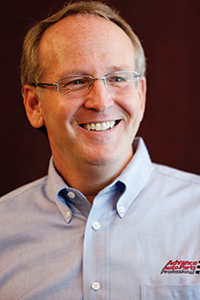 George Sherman has stepped down from his role as president of Advance Auto Parts, effective August 13.

Sherman will also remain with the company to assist with an orderly transition through the end of the year.

Mr. Sherman, who joined Advance in April 2013, has served as president throughout his tenure. In addition, Mr. Sherman served as interim chief executive officer from January to April 2016.

“I want to thank George for his contributions to Advance and his willingness to assist with a smooth transition,” said Mr. Greco. “George has played a vital leadership role in the integration of the Advance and Carquest teams, and has helped to create a more field and customer focused company by empowering our stores and field leaders to better serve customers. We wish him the best in his future endeavors.”