For those claiming that 2016 had run out of steam, November 2016 light vehicle sales showed a different picture all together as sales increased 10.4 percent year-over-year. A total of 160,573 new light vehicles were purchased in November, a 15,104 unit surplus over the 145,469 unit total reported in the same month last year.

Double digit growth was enjoyed, most notably, by smart (up 318.6 percent) which grew the most year-year-over-year and General Motors (up 30.8 percent) which reported the largest volume increase going from 21,812 units sold in November 2015 to 28,523 units this year.

Last year, total vehicle sales stopped just short of 1.9 million vehicles sold. As the market is currently up 3.0 percent year-to-date, this record is basically sure to be broken. If December 2016 sales are flat, the market is looking at a new record of around 1.95 million new vehicles sold in a single year. 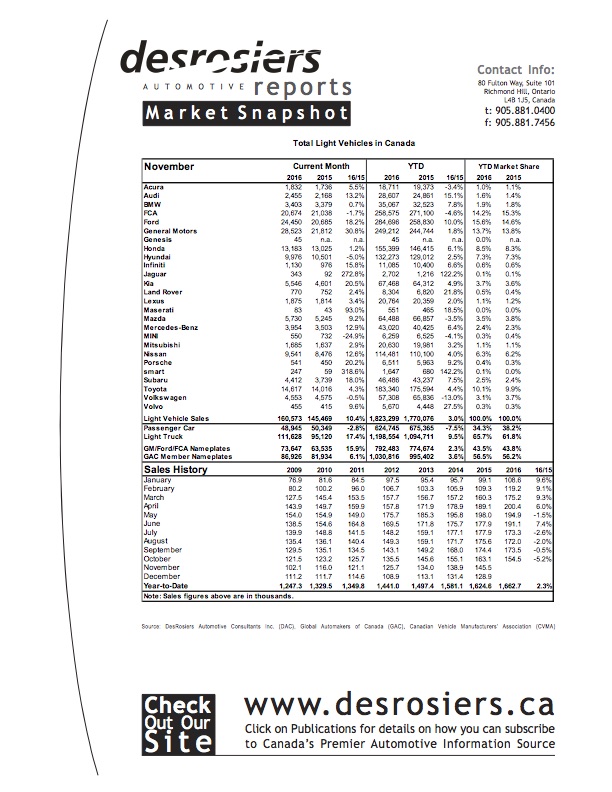