The market continues to see solid sales momentum in March. Sales improved 9.3 percent year-over-year to 175,142 units – the best March on record by a significant margin.

It has been a dream start to 2016; sales in the first quarter were up 9.3 percent over last year. The market has been surprisingly strong with the seasonally adjusted annualized rate averaging over 1.9 million.

Ford was the top selling brand with sales up 23.7 percent, replacing FCA who finished second with sales up 3.2%. General Motors completed the top three spots with sales up 16.5 percent. The rest of the market also showed a considerable amount of strength as well. Land Rover sales were up 85.4 percent, Volvo grew 73.8 percent and Audi gained 42.9 percent which demonstrated some of the robustness in the luxury market. A large number of manufacturers reported double-digit percentage gains in March.

Volkswagen sales were down 22.6 percent with Mazda and Kia being the only other manufacturers with a decline in sales in March. 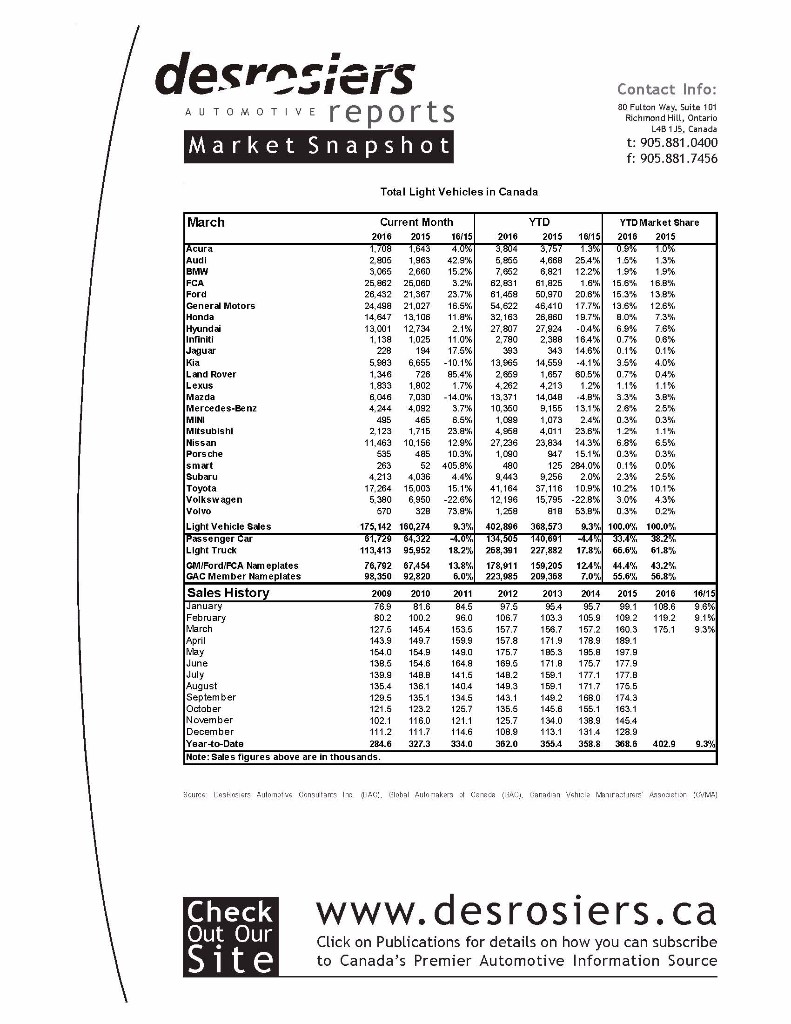