For the first month since December 2015, light vehicle sales in Canada dropped when looking at year-over-year comparisons.

Double digit growths were less common this month with luxury manufacturers Volvo (up 18.9 percent), Audi (up 14.8 percent) and Jaguar (up 10.1 percent) as the only vehicle companies reporting growth over 10 percent. On the other end of the spectrum Smart (down 70.7 percent), Acura (down 25.4 percent), General Motors (down 16.5 percent) and Volkswagen (down 10.5 percent) all reported double digit year-over-year decreases. 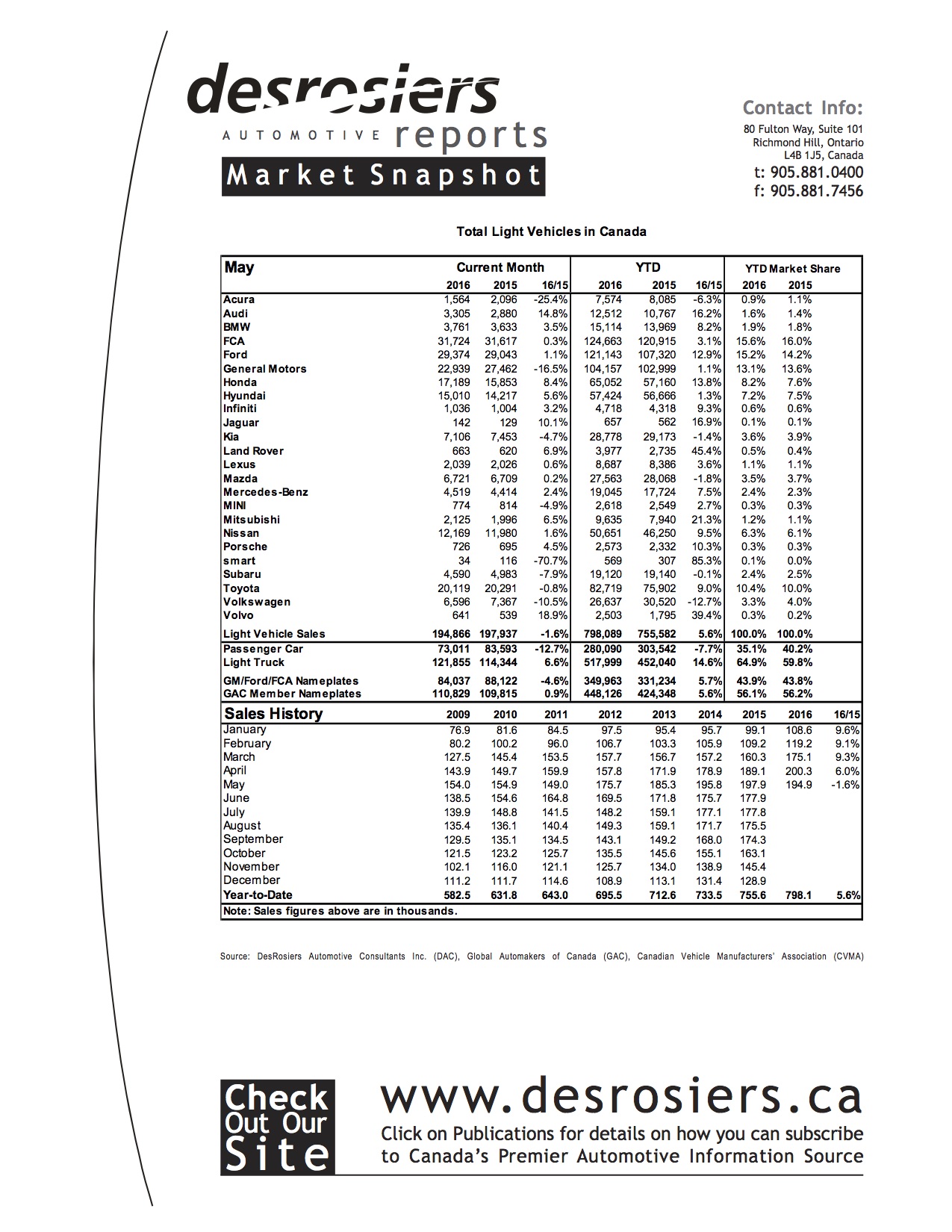