New light vehicle sales in Canada were down 2.0 percent in August.

Despite the softness observed in both July and August 2016 sales, the country as a whole is still on pace to achieve another sales record by the end of the year. As it stands, falling short of a new record in December would require each month from September to December to see an almost 12,000 unit shortage relative to their 2015 figures.

From a brand perspective niche players smart (up 327.3 percent) and Jaguar (up 221.7 percent) have seen the biggest growth followed by Subaru (up 34.8 percent). Volkswagen (down 23.0 percent), FCA (down 19.7 percent) and Mitsubishi (down 11.4 percent) on the other hand witnessed the biggest declines in year-over-year comparisons. 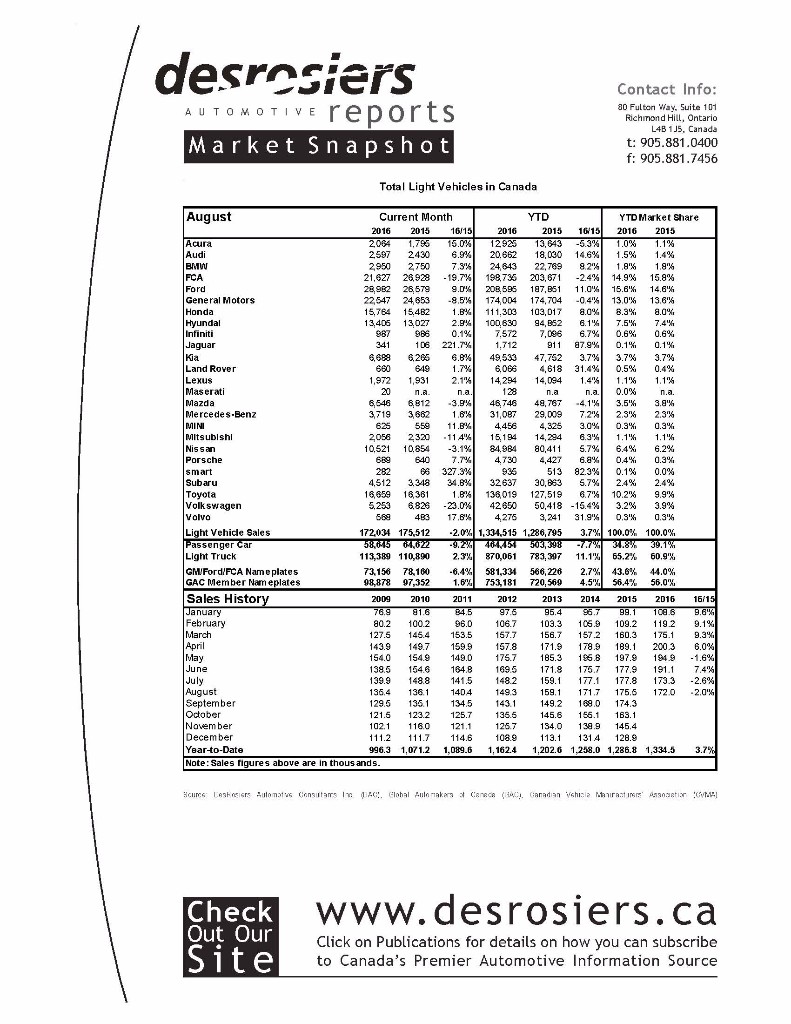