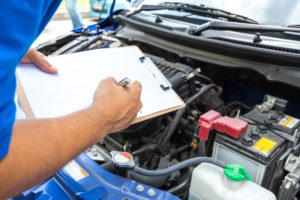 Bill 203 in Alberta would have required repair shops to provide an estimate for work before charging customers (unless the customer declines or offers a maximum amount they are willing to pay) and offer warranties on parts and labour on all work done of 90 days or 5,000 km, whichever comes first. It was scrapped at government committee.

Alberta’s proposed Bill 203 has been shot down at government committee. Education, not more regulation, will better protect customers, parties from both sides agreed this week.

The controversial private member’s bill was designed to regulate the automotive repair industry in Alberta. It had been under review since April 2016. It was sponsored by Edmonton-Meadowlark MLA Jon Carson to require repair shops to provide an estimate for work before charging customers (unless the customer declines or authorizes a maximum amount they are willing to pay) and offer warranties on parts and labor on all work done of 90 days or 5,000 km, whichever came first.

After hearing from concerned members in the industry, such as representatives of the Alberta chapter of the Canadian Independent Automotive Association and the Recreation Vehicle Dealers Association of Alberta, Calgary-Lougheed MLA Dave Rodney moved to not recommend Bill 203 for second reading by the provincial government.

It was recommended, however, that the government work with the Alberta Motor Vehicle Industry Council and others to design an educational campaign. Nancy Suranyi of the CIAA said education can go a long way to making customers feel comfortable when bringing in their vehicle for repair.

The bill, she told the committee, “does not address what the real problem is and where the largest impact could actually be made, which is consumer education. The legislation already exists. We are regulated and have rules we abide by. The problem is that consumers don’t know that, nor do they know what to do or where to go when a problem occurs.”

It seems few, she added, know about current protections in place under the Fair Trading Act. “To make a difference, we need to educate and inform Albertans. If they are equipped with the knowledge of the FTA and AMVIC, then it empowers them every time they step into one of our shops or dealerships, not only for their service and repair experience but also for their car-buying experiences as well.”

“To make a difference, we need to educate and inform Albertans.”

The RVDAA’s Ross Hodgkins agreed. “It comes back to educating the consumer. To (Suranyi’s) point, the consumer doesn’t know the protection they have,” he told the committee.

Jeff Kasbrick, vice president of government and stakeholder relation at the Alberta Motor Association, backed more education to the committee. But advised that was “absolutely critical” that the message is simple and continuous.

“An education campaign is only effective if it’s ongoing. If we do a one-time campaign and we leave the message through that one occurrence, unfortunately that doesn’t have that same amount of effect.”