It takes better management systems to improve the number of hours a technician bills per day. 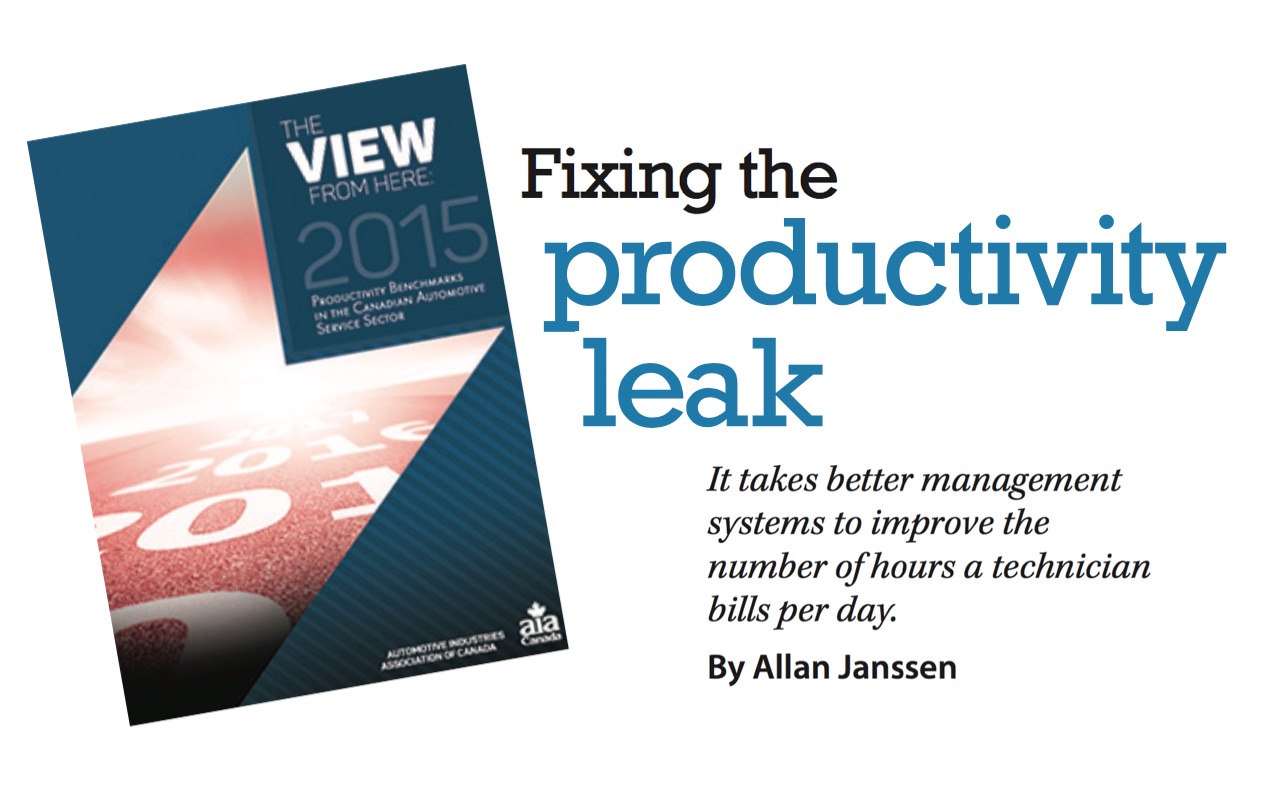 Management consultant Cecil Bullard tells the story of a technician named Bailey, who never broke anything.

And he says it like it’s a bad thing.

“He was a great tech, but he never billed more than seven hours a day,” he says, “because he didn’t like making mistakes.”

One day while trying to install a $400 aluminum oil pan, Bailey pinched his hand, dropped the pan, and broke the corner off. Worse, when he tried to install the next one, he had a little bit of oil on his hands, dropped it, and broke it too.

“What did we do? We threw a party for Bailey,” says Bullard. “We got balloons and everything. We threw him a party because he finally broke something. His productivity when from seven hours a day to over nine because he realized it was OK to break things once in a while.”

Bullard wants his techs to be productive… and that means hustling. And sometimes that means breaking things.

Technician productivity – the challenge of encouraging it, tracking it, and improving it – has become something of a buzz term in management circles. It doesn’t necessarily mean breaking things, but it does mean keeping busy, and making every minute in the bay count.

The Automotive Industries Association of Canada recently released a detailed report on the topic. The report, entitled “The View From Here,” based on a survey of 572 shops, analyzes the average number of hours sold… and its conclusion is that Canadian shops have a productivity problem.

“The overall survey result of 4.4 sold hours per technician among the non-tire shops (and 4.8 hours among tire shops), represents a massive productivity leak for the aftermarket,” the final report says. “Only 55% to 60% of technician time is being sold.”

It found the highest technician productivity numbers in mechanical repair shops that have one to three bays. In those shops, technicians billed an average of 5.1 hour per day (63% of capacity in an eight-hour day). The average number of hours sold per invoice was 1.7 and technicians handled an average of 2.5 work orders per day.

The story was generally worse at bigger shops. Technicians at facilities with more than four bays averaged only 4 hours billed per day.

Tire shops with mechanical bays were somewhere in the middle, billing an average of 4.8 technician hours per day, with fewer hours-per-invoice (1.3).

This correlation between “ticket size” and technician productivity was analyzed carefully. And there are lessons to be drawn from the high-achievers in the bunch.

The best ticket size performers had a significantly lower technician-to-bay ratio. For example, there might be two technicians in a three-bay shop, or three technicians in a five-bay shop. The report suggested these shops trade off space efficiency (getting the most revenue per square footage available) for technician productivity.

In addition to the lower tech-to-bay ratio, the best productivity performers had a higher daily vehicle count per technician. The abundant presence of vehicles to work on each day allowed this group to sell 89% of their technician time – a significant improvement over the average of 55%.

How does all of this translate to profitability? AIA is clear that many shops are leaving hundreds of thousands of dollars on the table while simultaneously spending time and energy looking for more technicians that they don’t actually need.

“Shops performing well on the productivity benchmark could gain almost $100,000 in labor sales per year, if they sold to the benchmark level of the ticket-size performers,” the report states. “This could rise to as much as $200,000 for tire shops.”

Fixing the productivity gap involves a lot of things, but it boils down to systems and procedures, says Bullard.

“A lot of times it is not the technician’s fault,” he explained during a management workshop at the recent ASA Vision Hi-Tech Training and Expo in Kansas City.

“Some technicians tell me they come in at 8:00 and they don’t get a car to work on until 8:45,” he says. “Some of them say when they turn an estimate in, it takes two hours for the service writer to turn it around. This is not the technician’s fault.”

Bullard puts lost technician productivity in the “brown bananas” category of automotive service. In the grocery store, brown bananas are products that have lost their value because they weren’t sold in time. In the auto repair world, brown bananas are the missed opportunities that could have increased revenue, but remained only a cost.

He lists a half dozen things that shop owners could look at to tweak productivity numbers, like making sure that every car has a work order on it, ready to go, with all the parts in hand first thing in the morning. Or like reducing the amount of walking a technician has to do to get parts or clarify instructions. Or like scheduling and dispatching work in the most efficient way possible.

“I want the tech to have 10 to 12 hours of work to do every day, and I want him to have it by noon so he’ll work a little harder, a little faster,” he says. “Productivity has a lot of influencing factors. There are probably 15 or 20 ways to improve it. Probably more. But a lot of them have to do with systems and processes.”

It is a finding echoed in the AIA report.

“The best productivity performers are applying techniques to manage shop efficiency, as measured by average daily sale of technician time,” it states. “With the average shop at 55%, there is clearly a massive opportunity for productivity gains in the aftermarket.”

As any shop owner will admit, low productivity puts unnecessary pressure on shops, from HR concerns to missed bottom-line targets.