Chemicals & Additives: Be the expert

Fluid exchanges are part of the job if your clients are counting on you to keep their vehicles going as long as possible. 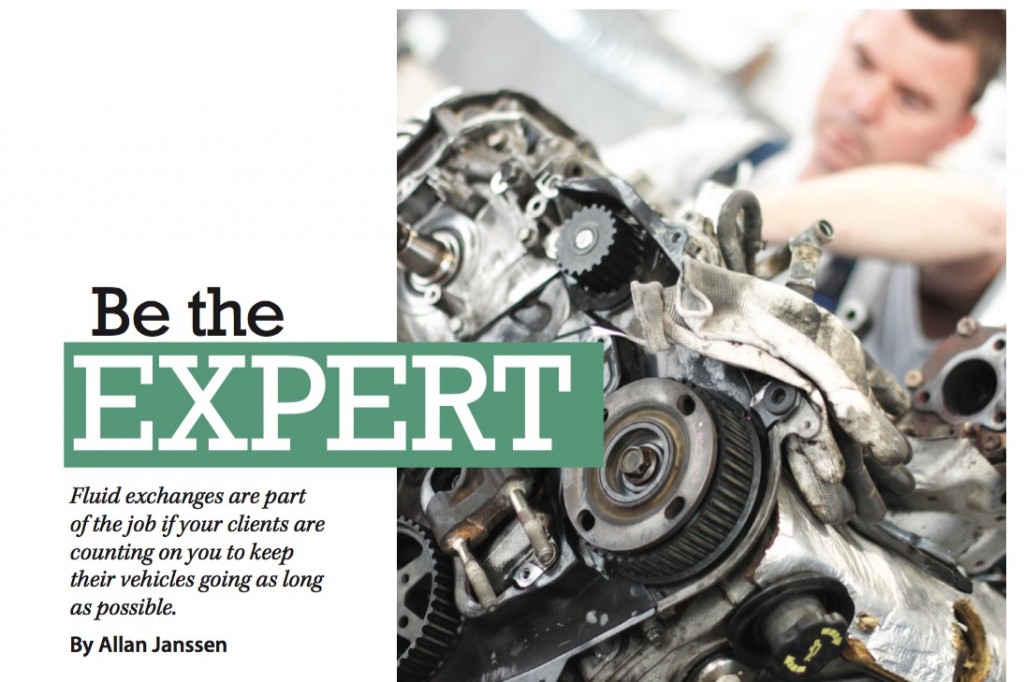 Monitoring the quality and level of automotive fluids in client vehicles is an important part of preventive maintenance. So why aren’t carmakers more aggressive about recommending flushes to maintain engine performance and ensure vehicle longevity?

Many believe the reason original equipment manufacturers tend to portray fluid exchanges as largely unnecessary boils down to one thing: cost of ownership. That all-important number is something carmakers work very hard to minimize.

“It’s interesting, but in the U.S.A. owner’s manual for a 2009 Mazda, I cannot find anything that says you have to change the brake fluid,” O’Neal tells a class at this year’s Vision Hi-Tech Training and Expo in Kansas City this spring. “So then I go to the Mexico owner’s manual and, magically, there it is: brake fluid to be replaced every two years. Why did Mazda pull that brake fluid exchange out of the U.S. manual? Cost of ownership.”

Does the OE position against flushes stand the test of scrutiny?

Not at all, says O’Neal. It only reflects what the carmaker hopes will happen to the vehicle, not the consumer’s actual plans. The OEMs are banking on people trading in their vehicles every five years. Even the most casual maintenance schedule will probably keep today’s well-engineered vehicles going for that long.

But for consumers who plan to keep their vehicles for 15 years or longer, a more stringent maintenance schedule is definitely called for.

The carmakers will say they rely on engineering testing to determine maintenance schedules for replacing components and fluids, and they recommend against maintenance advice that deviates from those schedules, he says.

“But that simply doesn’t take into account the client’s timeline. The carmaker’s intentions for the vehicle may be radically different from the customer’s intentions.”

Independent automotive service shops have a duty, he says, to develop close relationships with their customers, and find out three critical pieces of information: how long they’ve had the vehicle, how long they want to own it, and whether they have a particular mileage target in mind.

Armed with that information, they can help their customers reach those goals.

“You have to be the expert they need,” he says. “And it starts with viewing everything from their point of view.”

That means if the customer doesn’t want to keep the vehicle for 400,000 km, you can’t sell maintenance services like they do. And if they want to keep their car for longer than five years, you’re going to have to tell them what it will take to get them there.

The work needs to be justified, though. Fluid exchanges still need to be based on evidence of need.

For example, the pH value in coolant is very important. As it declines, it becomes more acidic, which can damage engines, especially those with dissimilar metals and aluminum components. In addition to corrosion, there have been instances of exhausted coolant turning the engine into, in effect, a battery, affecting electronic engine controls. Test strips are readily available to determine pH level.

Similarly, glycol levels in the coolant need to be monitored because in the heat of summer or the cold of winter, they can allow static changes in the coolant – boiling or freezing, both of which can have catastrophic effects on the engine. 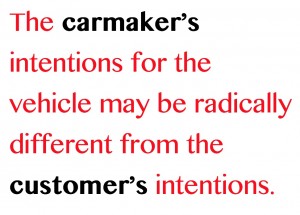 There’s no quick and easy test for transmission fluid, and OEMs caution against selling flushes based on the appearance of the fluid.

“Ford says discoloration is a normal operating characteristic and does not, in itself, indicate a concern or mean that the fluid needs to be exchanged,” says O’Neal. “You can’t sell on color alone. However, Ford does recommend that trained technicians should inspect discolored fluids that also show signs of overheating or foreign material contamination. So if it is dark, has contaminants or has signs of overheating, you’re justified in doing further research.”

When transmission fluid gets burned, all of its properties change: color, odor, lubricating efficacy, viscosity, ability to build hydraulic pressure, ability to transfer heat. When it’s bad, it needs to be flushed out.

Same thing for power steering fluid. In addition, however, steering fluid can be contaminated as a result of structural breakdown within hoses and feed lines. Contamination will cause premature wear on components that rub together.

If you don’t believe in flushing bad fluid, you’re not taking care of the car. You’re not doing what’s right for your customer, O’Neal says. They don’t know as much about their vehicles. They’ve come to you to be their expert.

He recommends spending a month per manufacturer to go through all the models, read the owner manuals, and find out what the OE recommends in the way of maintenance services. In many cases, “approved” or “validated” fluid exchanges are perfectly acceptable, if not recommended.

“So, they’re saying it’s fine to do the flush,” he says, “just make sure they’re approved.”

Above all, sell fairly and with confidence.

“In most cases, people want to keep their vehicles for a long time. They’re counting on you to help them do that,” he says. “So believe in what you’re offering. It’s the right thing for that customer.”


2 Comments » for Chemicals & Additives: Be the expert