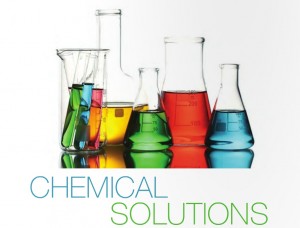 Anyone will tell you there’s no such thing as a repair in a can.

But when contamination or extreme carbon build-up causes chronic problems in today’s sensitive, technology-driven engines, chemistry can definitely come to the rescue.

Some technicians who are suspicious of aftermarket additives might remember the days when chemicals would cause deposits of their own – gum or varnish that would coat sensors, and render switches inoperable. But the research and development that goes into today’s products has made them so effective that carmakers themselves are turning to aftermarket chemical engineers to find solutions to a steady stream of new challenges.

It’s not repair in a can… it’s science in a can.

“The industry did have a pretty bad reputation at one point,” admits Steve Snowden of Shrader Canada. “The late-night infomercials and everything else… unfortunately it tarnished the reputation of the entire industry.”

But things have changed, he says. The OEMs not only commission chemical maintenance products, they endorse them – provided they pass a rigorous approval process.

“They don’t just look at a chemical and say, ‘Ugh, yeah, that should work all right.’ If they’re going to recommend it for their engines, they want to be sure it will work,” says Snowden.

An example is what has happened in response to a serious new issue with direct-injection engines. When OEMS took the fuel flow out of the air intake system and moved it directly into the cylinder, they sought to maximize engine performance with reduced fuel consumption and a reduction in-exhaust emissions. And it worked. What they sacrificed, however, was the cleaning and cooling affect of fuel flowing on the back of the intake valves. Without it, excessive heat and contaminants entering through the air intake caused tremendous build up on the back of the valves, leading to improper seating of the valves, and significant challenge to performance and fuel economy.

“The regular layman is not aware of what’s going on inside the engine,” says Ted Saelzer automotive account manager at CRC Canada. “They’re relying on the service provider to explain the situation and solve the problem. They can’t see the carbon deposits on the valves, but they can sure feel the effect of it. And solving that problem gives the consumer confidence in the shop. Solving that problem is a service that keeps customers coming back.”

Saelzer says it would be a shame if shops failed to take advantage of solutions that are out there just because they’re suspicious of chemicals and additives.

“It’s a small percentage of technicians who really understand that there’s tremendous new technology available to them,” he says. “The fact is there are a lot of new chemicals that can help them do their jobs.”

Another example: take a look at the new products designed to address the unique problems caused by ethanol-enhanced fuel – a dry fuel without the same shelf-life that other fuels have.

Or consider the challenge of cleaning combustion chambers – something the OEMs acknowledge is a necessity on modern vehicles.

Or the problem of clogged diesel fuel injectors.

Scientists at Liqui-Moly were challenged by Mercedes-Benz to come up with an injector cleaner to break contaminants down, dissolve them, and restore a nice spray mist from the pintle valve.

Without a chemical solution, says Chris Luessen of Liqui-Moly, techs would face a labor-intensive mechanical solution.

“The alternative is to pull the injectors, soak them for hours, have them cleaned out professionally, or replace them,” he explains. “This is a much simpler fix, obviously.”

Similarly, the alternative to applying a chemical cleaner for diesel particulate filters would be to remove the DPF, send it out, and ‘super bake’ it to remove the soot and ash before it could be reinstalled on the vehicle.

“Our scientists found a way to break down the soot and ash on the vehicle without removing the DPF filter,” says Luessen “What you have is a relatively inexpensive solution.”

“These days, vehicles really do have to be maintained with proper cleaning systems,” says Ma. “In fact, in Europe, most vehicle manufacturers state in the owner’s manual – and some in North America as well – that you should be periodically cleaning the fuel system and oil system to deal with operationally-caused contamination.”

He points out that it is particularly important in Canada, which is considered to be an extreme environment for vehicle operation.

“In less-than-ideal conditions, as we have in Canada, with hot summers and extremely cold winters, the oxidation of fuel causes gum and varnish, which along with carbon, can build up in key engine components, restricting fuel flow and impeding performance,” he says. “We go from 30-degrees in the summer – fingers crossed – to minus 30 in the winter. That’s extreme-duty. Owning a car pretty much anywhere in Canada is classified by the OEMs as extreme-duty.”

And the added value of many of the chemicals that help keep a vehicle running properly, is that their effect is often noticeable to customers… and that leads to repeat sales.

“When people see what it can do, they are usually pretty impressed,” he says.

“We’ve seen many shops that display the products out front,” he says. “They tell the customer that their vehicle has been treated with a particular product and they often see the customer return to get a can or two because they’ve noticed such an improvement in performance.”

“If you throw in a bottle of a good fuel treatment with an oil change, your customer will notice a difference in the way the car drives,” says Snowden. “They’ll say, ‘I don’t know what you did to my car, but I came in for an oil change and it is driving like a dream now.’ Or they’ll notice an improvement in their fuel mileage. That will build loyalty. And you don’t even have to charge for it. Just throw it in, because they’ll come back for that feeling.”