2015 Street Rod of the Year goes to Canadian rebuild 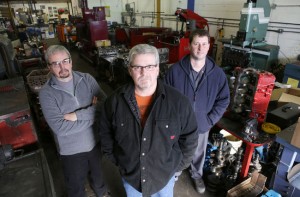 The vehicle, crowned Street Rodder Magazine’s 2015 Street Rod of the Year, was a part of a bumper-to-bumper rebuild by Karl Spafford, Neil Candy and Dan Thomas.

“Without Dan Thomas, Karl Spafford and especially Neil Candy, that car would still be a pile of parts in my garage,” Norwell told TheWhig.com. “It was a shell, a wreck.”

To not only rebuild the 1932 Ford from the ground up, but then to go on and win the Street Rod of the Year is no easy feat. As Spafford said: “What they managed to do is unbelievable, and for a small-town shop in eastern Ontario to come out on top over some of those big American entries is pretty impressive, particularly going up against (owners) who have anywhere from $250,000 to $750,000 invested.”

To qualify in Street Rodder’s top-100 list you had to showcase your vehicle at one of 10 U.S. car shows. 10 cars are then picked from each show, compiling the list of 100. To get to be number one, therefore, is not just the to be picked from 100 entries, but from thousands. 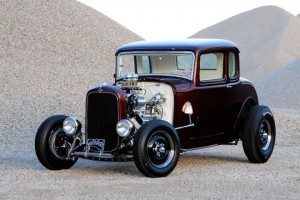 Each man worked alone on the vehicle. Candy was responsible for the bulk of the restoration, Spafford built the motor, and Thomas added the fill and paint in many layers, including putty, paint, primer, base, finish, and clear.

The car, purchased for $12,000 by Norwell eight years ago, was once available for a mere $500. Now, with this custom rebuild, it would be pretty hard to put any kind of price on this one-of-a-kind vehicle.