By the Numbers: Monthly car costs and more… 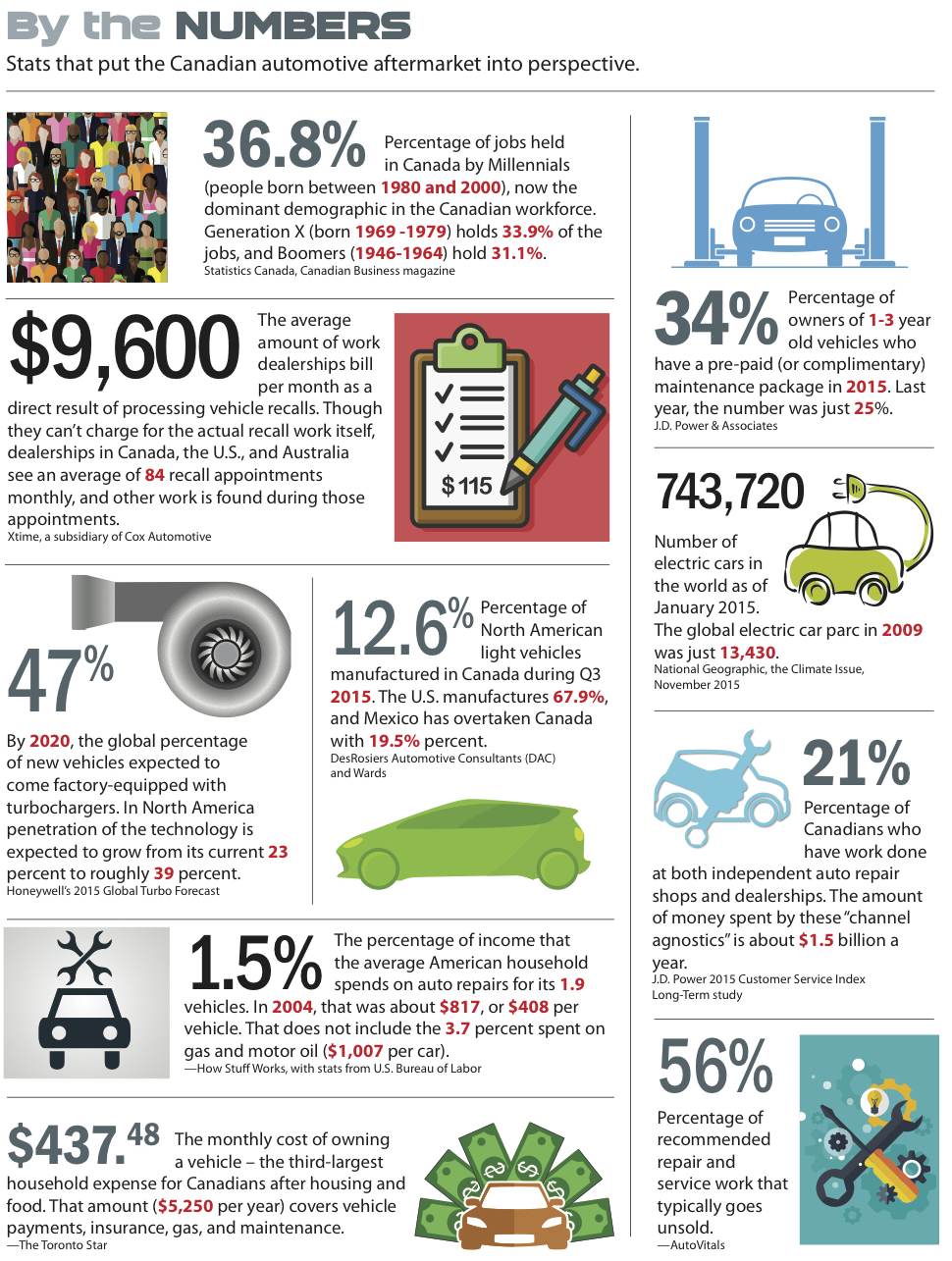 Percentage of owners of 1-3 year old vehicles who have a pre-paid (or complimentary) maintenance package in 2015. Last year, the number was just 25%.

The average amount of work dealerships bill per month as a direct result of processing vehicle recalls. Though they can’t charge for the actual recall work itself, dealerships in Canada, the U.S., and Australia see an average of 84 recall appointments monthly, and other work is found during those appointments.

Xtime, a subsidiary of Cox Automotive

By 2020, the global percentage of new vehicles expected to come factory-equipped with turbochargers. In North America penetration of the technology is expected to grow from its current 23 per cent to roughly 39 percent.

Percentage of North American light vehicles manufactured in Canada during Q3 2015. The U.S. manufactures 67.9%, and Mexico has overtaken Canada with 19.5% percent.

Percentage of Canadians who have work done at both independent auto repair shops and dealerships. The amount of money spent by these “channel agnostics” is about $1.5 billion a year.

—How Stuff Works, with stats from U.S. Bureau of Labor

The monthly cost of owning a vehicle – the third-largest household expense for Canadians after housing and food. That amount ($5,250 per year) covers vehicle payments, insurance, gas, and maintenance.