BY THE NUMBERS: Electric car speed and more… 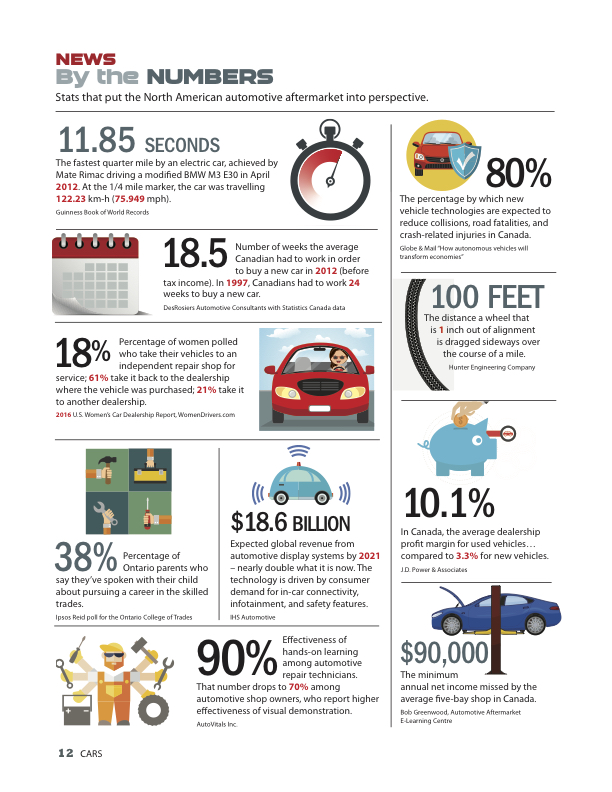 Percentage of Ontario parents who say they’ve spoken with their child about pursuing a career in the skilled trades.

Ipsos Reid poll for the Ontario College of Trades

The percentage by which new vehicle technologies are expected to reduce collisions, road fatalities, and crash-related injuries in Canada.

The distance a wheel that is 1 inch out of alignment is dragged sideways over the course of a mile.

Percentage of women polled who take their vehicles to an independent repair shop for service; 61% take it back to the dealership where the vehicle was purchased; 21% take it to another dealership.

Expected global revenue from automotive display systems by 2021 – nearly double what it is now. The technology is driven by consumer demand for in-car connectivity, infotainment, and safety features.

In Canada, the average dealership profit margin for used vehicles… compared to 3.3% for new vehicles.

The minimum annual net income missed by the average five-bay shop in Canada.


2 Comments » for BY THE NUMBERS: Electric car speed and more…