By The Numbers: Car maintenance costs and more… 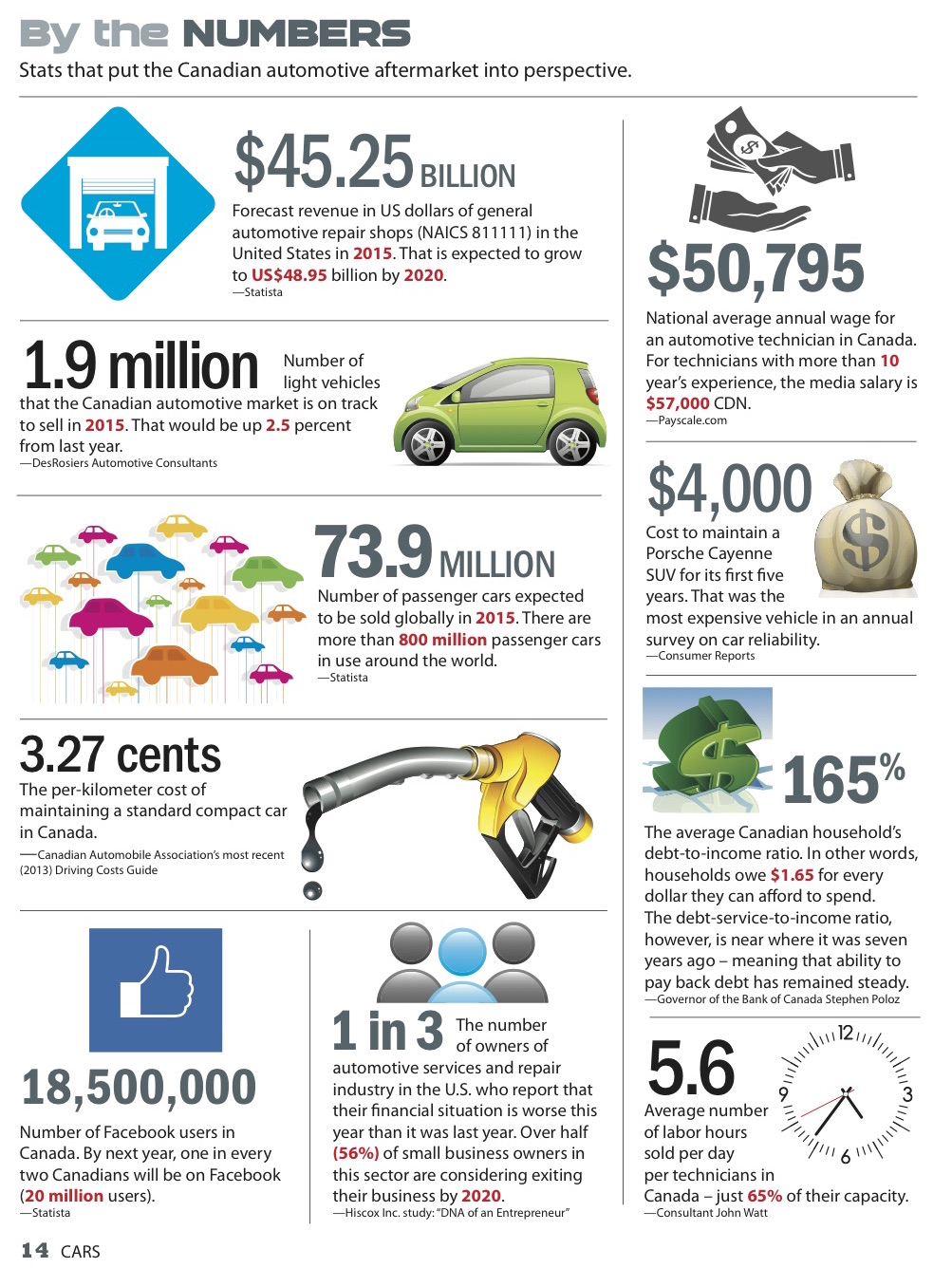 Number of light vehicles that the Canadian automotive market is on track to sell in 2015. That would be up 2.5 percent from last year.

National average annual wage for an automotive technician in Canada. For technicians with more than 10 year’s experience, the media salary is $57,000 CDN.

Cost to maintain a Porsche Cayenne SUV for its first five years. That was the most expensive vehicle in an annual survey on car reliability.

The per-kilometer cost of maintaining a standard compact car in Canada.

Average number of labor hours sold per day per technicians in Canada – just 65% of their capacity.

The average Canadian household’s debt-to-income ratio. In other words, households owe $1.65 for every dollar they can afford to spend. The debt-service-to-income ratio, however, is near where it was seven years ago – meaning that ability to pay back debt has remained steady.

—Governor of the Bank of Canada Stephen Poloz

The number of owners of automotive services and repair industry in the U.S. who report that their financial situation is worse this year than it was last year. Over half (56%) of small business owners in this sector are considering exiting their business by 2020.

Number of Facebook users in Canada. By next year, one in every two Canadians will be on Facebook (20 million users).