Statistics Canada figures show significant drop in 2013, down about 5% from 2010. 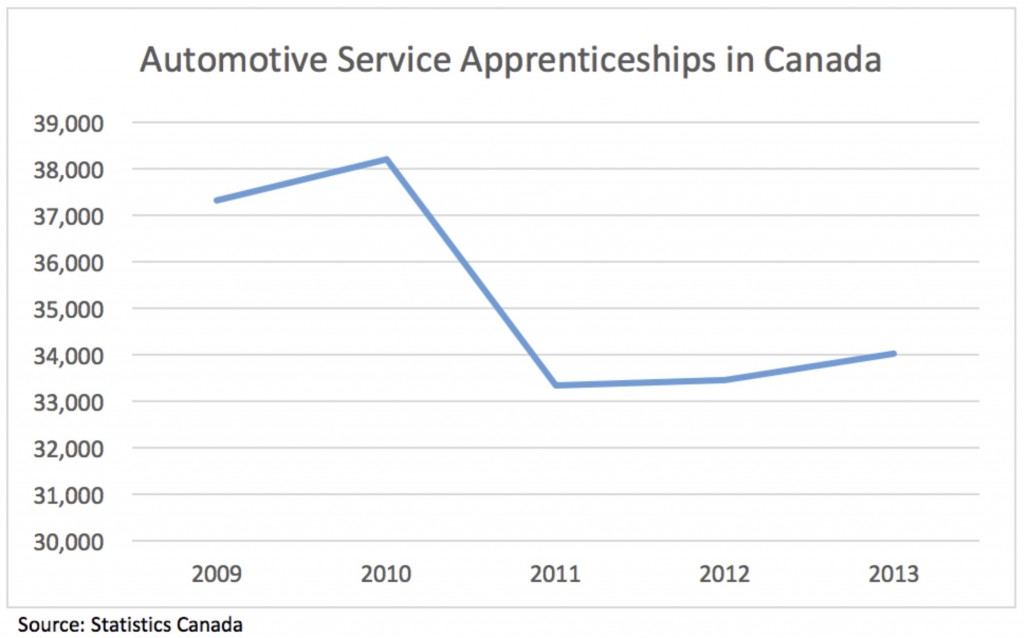 The number of apprentices enrolled in automotive service programs in 2013 was down about 5% from a recent high-water mark set in 2010, Statistics Canada figures show.

The recently released data from all provinces and territories except for Quebec shows there were 43,683 automotive service apprentices in 2013, down from 45,870 in 2010. (Quebec submitted apprenticeship numbers for other trades, but changed its reporting process for automotive apprenticeships.) 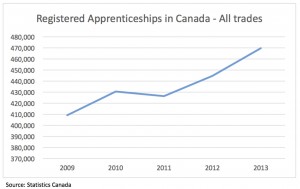 Well over half of the automotive service apprentices (26,139) were in their 20s, with another 4,803 still in their teens.

Predictably, the bulk of automotive service registrants were in Ontario, with 24,537 apprentices. Alberta added 7,257 to the total, and British Columbia brought in another 6,534. The British Columbia stats showed a notable rise in 2013 when changes were made to the provincial apprenticeship system as it pertained to automotive service technicians. Apprentices no longer had to complete mandatory work-based training hours at each program level before progressing to the next level of technical training.

Even without Quebec reporting, automotive service was the fourth largest apprenticeship trade, according to Statistics Canada. It followed electricians (71,646 apprentices), carpenters (49,620), and plumbers, pipefitters and steamfitters (48,948). Together these four trade groups accounted for about half of all male apprentices.

Just over 65,000 certificates were awarded in 2013. The majority of these certificates (72.2%) were issued to apprentices, with the balance being awarded to trade qualifiers who challenged the exam.

Data tables showing further breakdown of the results can be found on the Statistics Canada website or go to http://ow.ly/UOI7D.

Statistics Canada says it is currently conducting interviews with apprentices (until February 7, 2016) for its upcoming National Apprenticeship Survey.