Chevron Knowledge Centre: When cars start phoning the shops themselves

The connected vehicle that can initiate a service call from the road is now a reality, but barriers must be overcome before independent shops can get into the game.

In the fourth of a series of seven articles sponsored by Chevron, reporter Jacob Stoller looks at the intersection of predictive analytics and telematics. 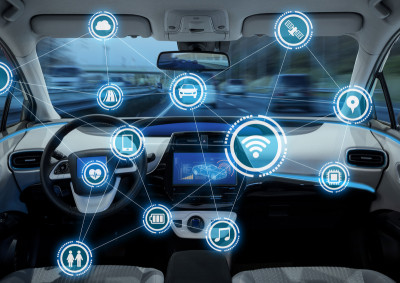 Breakdowns often occur at the worst possible moment, causing untold disruption for driver and shop owner. “If only I’d known that part was about to fail!” is a typical reaction.

Today, it is possible to know, at least in theory. Connected vehicles detect and report conditions that could lead to a failure, allowing a fix in plenty of time for the family’s annual road trip, or that critical 5 a.m. drive to the airport.

The big question today is whether (or when, if you’re an optimist) OEMs will allow independent shops to communicate with these vehicles. (See story #1 in this series.)

“This is scary for us, because the dealerships give the impression that they’re the only ones that communicate with the car,” says Rob Scott, owner of Glenwood Automotive Services in Saskatoon, “and some people think that we can’t.”

“We’re definitely seeing
that the car makers today
are controlling most if not all
of that information
that’s generated by the car.”

This fear is well founded, according to Automotive Industries Association (AIA) of Canada president Jean-François Champagne. “Connected cars will dramatically change how we service a vehicle,” he explains, “and it all talks to the importance of access to vehicle data.”

With cars getting more and more complex, the importance of data is growing. “Cars are going to be dramatically more reliant on that data for diagnostic, calibrations, and so on,” says Champagne. “And we’re definitely seeing that the car makers today are controlling most if not all of that information that’s generated by the car.”

The situation will come to a head gradually over the next few years. Connected vehicles currently represent only 10% of the cars on the road in Canada, and with people keeping their vehicles longer, it will be years before a significant number of connected vehicles are being serviced by the aftermarket. In the meantime, the AIA and its counterparts in the U.S. and Europe are lobbying governments to establish the legal right to access the data.

Champagne points out that contrary to what many believe, Canada has no laws governing this. “There is no legislation for right to repair in Canada,” he says. “What we have is a voluntary agreement signed between the aftermarket and the car makers.” This agreement, which dates back to 2009, does not reflect today’s dependence on data to repair cars. “We’re at a critical crossroads,” he says.

Vehicle connectivity is part of a much broader trend called Internet of Things (IoT), where millions of sensors are connected to central computing devices in applications such as factory automation, connected logistics systems, smart cities, and self-driving cars and trucks. Because the same technology is transforming so many areas, it is moving forward at a dizzying pace.

One of the key enablers of IoT will be the rollout of the 5G cellular standard, expected to become widely available in Canada over the next few years. The phenomenal speed and response time that 5G provides are a requirement for autonomous vehicles, and will open the door to new levels of interaction between vehicles and centralized computer systems.

A current technology that can be expected to improve dramatically is network-enabled consumer devices with OBD2 scanning and recording capabilities that, according to vendor claims, can convert any car into connected vehicle. While today’s devices don’t provide OEM-level data, there are useful applications, such as making a ‘drive or don’t drive’ determination.

“Typically a customer will call and say, ‘My check engine light’s on,’” says Steve Bernard, owner of Auto Service Kingston. “So we have them stop by, and we’ll do a check and let them know if it’s okay to drive on it. But if I could log into their scanner remotely, we could eliminate a lot of that.”

The recording capabilities of the device could also provide histories to help diagnose troublesome intermittent faults, he adds.

The devices do have some downsides, however. “Customers with OBD2 devices tend to be a little more of a challenge, because they do their Google diagnosis, or their YouTube diagnosis, and they come in pretty much telling you what the problem is,” says Todd Sarson, owner of Stop ’n Go in Burlington. “It very well might be, but there is a system you need to follow to be 100% accurate.”

The technology explosion also makes it possible for new “disruptive” players to enter the field. One example is PitStop, a Toronto-based automotive software company that collects and aggregates data from vehicles of all makes and models, and then applies artificial intelligence (AI) to provide insights to subscribers.

According to PitStop president and founder Shiva Bhardwaj, car owners, service providers, and OEM’s can all benefit from a freer flow of vehicle information.

“The aftermarket
will not get left out.
And it’s technology
that we and other
companies are developing
that’s going to enable this.”

“Auto manufacturers are entering a new world of software and access to data with quick iteration cycles,” says Bhardwaj. “I think you can maximize access to information so that you can very quickly improve the products and technologies.”

What’s needed here isn’t just sensor data, but contextual information that reflects the entire customer experience. “The question is,” says Bhardwaj, “‘How can we drive that information into a consistent feedback loop where cars will get better at a much faster frequency because manufacturers have access not just to raw data, but to the insights that really matter?’”

Bhardwaj believes that technology will ultimately open doors for independents. “The aftermarket will not get left out,” he says, “and it’s technology that we and other companies are developing that’s going to enable this.”

The biggest lesson here is that with high speed connectivity, artificial intelligence, and the growing power of on-board vehicle computers, it’s very difficult to predict what automotive repair will look like five years down the road.

We can be fairly certain, however, that as tech trends accelerate, vendors on all sides will be increasingly guided by customer preference. It’s clear that consumers want connected vehicles, and they want them because of all the benefits that connectivity can deliver. That includes the option of connecting with their chosen service provider, whether that capability is provided by the OEM or some other means. 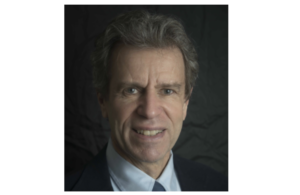