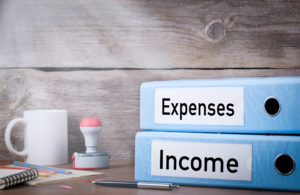 The United States recently underwent a tax overhaul and it seems like something similar would be welcomed here, according to accountants in leadership positions.

It doesn’t sound necessarily as drastic as what happened south of the border, but reviewing the nation’s tax system and setting a target date for a return to balanced budgets is certainly something preferable, according to a recent survey from the Chartered Professional Accountants of Canada, the national professional body for the accounting industry.

According to the CPA Canada Business Monitor, leaders agreed to the tune of 71 per cent that a comprehensive review of Canada’s tax system is needed.

That is in line with CPA Canada’s belief that a review aimed at reducing complexity, ensuring economic competitiveness and enhancing overall fairness is needed. A similar call was recently made by the Senate Committee on National Finance.

“Canada’s tax system is an essential tool to improve our competitive position, to attract and retain the best and brightest minds, and to support inclusive economic growth,” said CPA Canada’s president and chief executive officer Joy Thomas. “An extensive review will help identify where changes can be made to ensure all Canadians are paying into and benefiting from the tax system in an equitable way.”

The survey also found a strong desire for a target date to be set for returning to balanced budgets as 75 per cent of those surveyed agreed.

“Canada needs a plan for fiscal stability – a plan that demonstrates leadership and includes a return to budget balance over the medium term,” Thomas said. “Establishing a target date would guide the government’s fiscal and economic planning, instill greater confidence among consumers and investors, create opportunities for growth and enhance Canada’s competitiveness.”

The top challenge to the growth of the Canadian economy, according to respondents, is protectionist trade sentiments. It’s the fourth straight quarter it has topped the list at 29 per cent, well ahead of uncertainty in the Canadian economy at 12 per cent. And accountants are feeling good about the economy as 48 per cent said they are optimistic over the next 12 months with another 36 per cent feeling neutral.