Vehicle sales up slightly in January 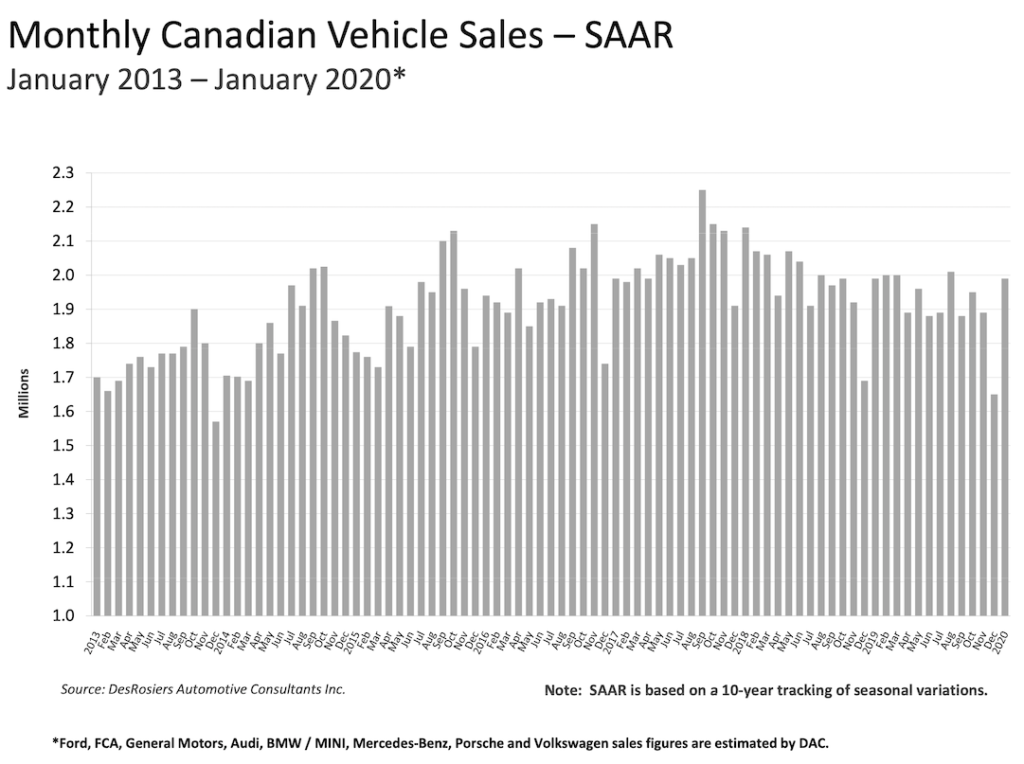 The consulting company reports that passenger car sales continued to struggle, down 17.2% for the month but light truck sales managed to overcome this decrease—if only just—with their own 6.3% increase. With this continued disparity, passenger cars accounted for just 20.5% of total January 2020 sales while light trucks claimed 79.5%, closer than ever to an 80/20 split in the market.

More information on these sales numbers can be found in the DesRosiers Automotive Reports.