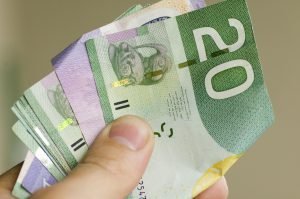 Despite concerns around trade and tariffs, the Canadian economy hasn’t been hurt by any of those factors, according to the latest EBC Economic Outlook Report.

Spending among consumers remains high, as does business sentiment, it reported. The bank projects 2.1 per cent real GDP growth in 2018, but a slight slowdown to 2 per cent next year. Performance has been uneven throughout the year, but a strong closeout to the year is expected thanks to a recovery in oil sand production, said RBC’s chief economist and senior vice president, Craig Wright.

While the Canadian dollar is down 4.3 per cent compared to the U.S. dollar, it is holding steady against other major currencies, the report said, adding that the bank expects the dollar to trade around 77 cents for the rest of the year.

Growth will be limited thanks to companies not being able to find enough workers. In B.C., Ontario and Quebec – the three most populous provinces – labour markets are as tight as they’ve ever been in recent years. Both Ontario and Quebec are expected to have unemployment rates of just 5.5 per cent for the rest of the year. In B.C., that number is projected to be 4.9 per cent.

This could cause an economic slowdown across the board. RBC Economics pointed directly to B.C. where 4.2 per cent of jobs remain unfilled.

On a global scale, the bank sees much potential, forecasting growth of 3.9 per cent in 2018 and similar numbers the following year.

In the U.S., a strong labour market, renewed consumer spending and a boost in business investments have resulted in “a scorching-hot” economy south of the border. RBC figures real GDP growth to be at 2.8 per cent this year, but a slight drop-off to 2.4 per cent in 2019.

Its unemployment rate sits at just 3.9 per cent. RBS figures this could cause wages to go up as the job market becomes scarce and companies become more competitive for workers.