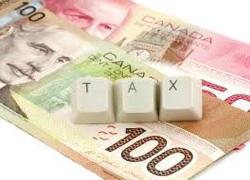 While many countries are reviewing or reforming their tax systems, Canada has not been keeping pace, according to a recent report by the Chartered Professional Accountants of Canada (CPA Canada).

International Trends in Tax Reform: Canada is Losing Ground is the first in a series of three reports on Canada’s tax system to be released this fall by the national accounting body. Canada is falling behind other jurisdictions such as the United States, the United Kingdom, New Zealand and Japan, according to the report, where efforts are being taken to keep their tax systems competitive.

CPA Canada has been calling for a comprehensive review of the country’s tax system in order to eliminate inefficiencies, improve fairness and ensure economic competitiveness. The last time a review of that kind was done was in the 1960s, the group said, and the business landscape has changed, in addition to society as a whole.

“Canada needs to act now more than ever, or we will be left trailing the pack,” said Bruce Ball, vice-president, tax, at CPA Canada. “The report is valuable in that it provides context around what is happening on the global stage and it reinforces why we are witnessing a call to action in this country.”

The organization added that there is much support for a tax review, ranging from other national organizations, leading think-tanks, parliamentary committees and the International Monetary Fund.

Some of the key findings in CPA Canada’s report include:

CPA Canada will look at problems and impacts of the country’s current tax system in its series, while exploring lessons learned from other countries and how that information could be applied to a tax review to benefit Canadians.