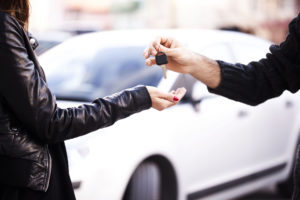 DesRosiers Automotive Consultants says annual vehicle sales are easily on track to cruise past two million for the first time after another record-setting month.

The Richmond Hill, Ont.-based consulting firm says October sales hit about 164,200 vehicles for a 6.3 per cent increase from the same month last year.

October’s numbers brought total sales this year to about 1.76 million, up 5.6 per cent from last year, with every month but April hitting a new record.

GM’s chief rival Ford followed closely behind, with its sales down two per cent at 21,068 units.

That puts GM within 10,000 units of Ford, the biggest overall seller in 2017, for total sales so far this year.

Ford, Honda, Nissan, Toyota and Volkswagen reported sales gains for October, defying expectations that buyers would pull back and that fewer people than expected would replace hurricane-damaged vehicles.

At Ford, sales rose 6 per cent due to a big gain in F-Series pickup demand and an increase in sales to fleet buyers such as governments and rental car companies. Nissan sales were up 8 per cent on record sales of the Nissan Rogue with a 43 per cent increase, while Toyota and Honda each reported gains of about 1 per cent. VW brand sales were up nearly 12 per cent.

At Fiat Chrysler, sales dropped 13 per cent as a 43 per cent cut in fleet sales offset an October record for Ram pickup sales. GM sales 2 per cent as all four of its brands posted declines.

The rising sales cast doubt on analyst predictions that September’s big gain in U.S. auto sales would fizzle in October. Those analysts believe sales will continue to slow nationwide and that fewer people than expected will replace hurricane-damaged vehicles in Texas and Florida.

Industry analysts believe that when automakers release final numbers, they will show that October sales fell between 2 per cent and about 4 per cent.

If those predictions are correct, it will mean that a consecutive streak of annual sales gains for automakers likely will come to an end after seven years. In 2016, sales hit a record of more than 17.5 million, but most analysts are predicting that this year will come in around 17.1 million.

Replacement of hurricane-damaged vehicles, especially in the Houston area, was expected to push sales up in October. But Jeff Schuster, senior vice-president of forecasting for the LMC Automotive consulting firm, said sales through the first three weeks of the month didn’t match forecasts. Sales in Florida rose 5 per cent as shoppers finished purchases delayed by Hurricane Irma, but in Houston, they rose only 3 per cent as the recovery from Hurricane Harvey wound down.

“There’s a lift, but the lift is not very pronounced, and it looks like based on what we saw from Houston, it’s going to be short-lived,” said Schuster.

Early data show that more buyers than expected replaced damaged vehicles with used ones, Schuster said. Used vehicles normally make up around 70 per cent of total sales, but it appears that 80 per cent of hurricane replacement buyers bought used, Schuster said. Millions of used cars are returning to the market from leases, and analysts say that is likely to pull sales from new vehicles.

To get to October’s expected sales of 1.32 million vehicles, automakers had to raise discounts on vehicles to an average of $3,901, beating the previous record for October of $3,835 set last year, according to J.D. Power. But the average sale price, including incentives, rose to an October record of $32,185, showing that buyers are willing to load out vehicles with more options.

It’s also taking longer for vehicles to be sold, especially cars. Cars and trucks sold through Oct. 22 spent an average of 75 days on dealer lots, a number not seen since July of 2009, when it hit 80 days just after the Great Recession ended, J.D. Power said.

Schuster said more time on dealer lots is a further indication that sales are slowing. “All in all, it’s still a very solid market. It’s behaving in a way as expected after coming off the year that we had.”

LMC is forecasting that sales will be down slightly next year from this year’s levels.

With files from Tom Krisher, The Associated Press