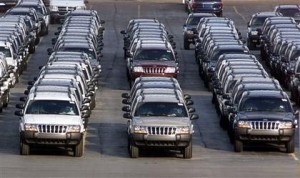 He’s quoted in a CBC story by Yvonne Colbert stemming from reports of a Nova Scotia man who waited 14 months for a recall repair on his 2008 Dodge Caravan.

That kind of delay is all-too-common, Edmonston said, and would be addressed by proposed improvements to the Canadian Motor Vehicle Safety Act. The proposal is now in the hands of Transport Minister Marc Garneau, who is still new in the job and wouldn’t comment on vehicle recall legislation.

He’s hoping the Trudeau government will see proposed changes, first pitched by the Conservatives, as an important piece of legislation.

Edmonston said Canada might take a page from American legislation which allows government to fine and imprison vehicle manufacturers.