Buyers moving away from sedans 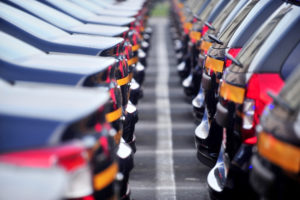 For a long time, car buyers were drawn to the midsized sedan. It was big enough to haul a family of four, but small enough to not be not too much car.

Times have changed and it seems as though the midsized car is slowly falling from the consumer’s conscience, according to research from Edmunds.

That means the aftermarket should start preparing move away from smaller-car parts and stocking the necessary items for sport utility vehicles, which are currently the fastest growing segment of car sales.

For perspective, the midsized car has been the top selling segment for 20 of the past 27 years. But its last time on top was 2014. This year, it’s now fifth behind compact SUVs, large trucks, midsize SUVs and compact cars. Its market share is just 10.7 per cent in the U.S. – that’s the lowest it has been since 1991 when Edmunds began tracking this data.

Even for Jessica Caldwell, Edmunds executive director of industry analysis, the change in consumer attitude has been a shock.

“While it’s common for consumer tastes to change over time, it’s surprising to see just how quickly shoppers have made the switch from sedans to SUVs,” she said.

The Honda Accord, one of the most popular cars along with the Toyota Camry, has taken a dive. Three years ago, Caldwell said it made up 30 per cent of all of Honda’s sales in the U.S. This year, it sits at 22 per cent.

“Now that shoppers can now get an SUV for a similar price as a sedan and not have to pay much more at the pump, it’s hard to convince them the smaller vehicle is a better choice,” she added.

Perhaps that’s why the Accord and Camry are all-new for 2018 – both automakers are trying to re-capture the attention of buyers when they walk into showrooms.

“While it’s common for consumer tastes
to change over time, it’s surprising to see just how quickly shoppers have made
the switch from sedans to SUVs.”

“As the pool of buyers shrinks, you have to put out that much better of a product to keep your share of the segment, and that’s exactly what Honda and Toyota are trying to do with the new Accord and Camry,” Caldwell said. “Both are leaning on edgier design and a sportier image to convince shoppers that their vehicle is the stylish, fun choice in a segment that has a reputation for being overtly practical.”

Still, Edmunds has doubts as to whether or not the midsized sedan can make a comeback. Nearly one-quarter of midsized owners are trading their car in for an SUV. Three years ago, only about 17 per cent were doing that.

“Even if gas prices spike and the economy takes a downward turn, we don’t see this trend reversing,” Caldwell predicted. “Once someone gets used to the higher ride, extra space and creature comforts they can get in an SUV, it’s almost a fool’s errand to convince them to go back to a sedan.”