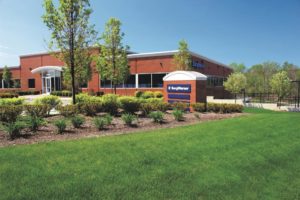 An employee of an auto parts manufacturer was arrested in Russia days before the new year.

Paul Whelan, 48, serves as BorgWarner’s director of global security. The former Marine was arrested Friday in Moscow “during an espionage operation,” according to the Russian Federal Security Service, but offered no further details.

Whelan’s brother said he was in the country to attend the wedding of a fellow former Marine.

BorgWarner issued a statement on New Year’s Day confirming that it was aware of Whelan’s arrest.

“He is responsible for overseeing security at our facilities in Auburn Hills, Michigan and at other company locations around the world,” the company said, adding that it has been in contact with U.S. government authorities.

“We are deeply concerned for his safety and well-being,” his brother, David Whelan, said in a statement posted on Twitter. “His innocence is undoubted and we trust that his rights will be respected.”

Spying charges in Russia carry a prison sentence of up to 20 years.

BorgWarner specializes in clean technology for the automotive industry. Its aftermarket business includes parts for exhaust gas management, thermal management, transmission and engine timing systems. It has 62 facilities in 17 countries, though none in Russia.