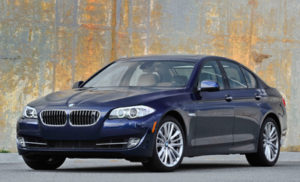 Almost 50,000 vehicles are being recalled by BMW of North America due to the risk of a fire.

Vehicles under the BMW, Mini and Rolls Royce brands could have the auxiliary water pump fail and cause a circuit board to overheat, which could potentially lead to a fire.

The automaker is recommending that that owners of the affected vehicles park them outside until they are able to have the recall work performed.

More than 7,000 Smart cars are being recalled in Canada due to defective engine insulation.

The rear insulation mat of engine compartments in 2008-2009 Smart cars “may deform, deteriorate and loosen over time, allowing the mat to contact hot exhaust system components,” according to the U.S. National Highway Traffic Safety Administration.

Mercedes-Benz Canada told CBC News in an e-mail that it would also notify affected customers by mail. Owners of these vehicles should contact a Mercedes-Benz service partner to make an appointment to replace the mat free of charge.