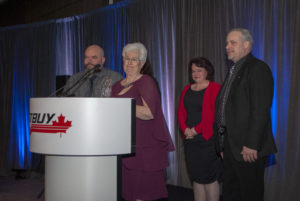 The annual general meeting of Bestbuy Distributors shareholders and vendors is typically an upbeat affair. Jobbers and suppliers mix and mingle throughout the night, awards are handed out the distributor’s top partners and the entertainment after dinner keeps people on the edge of their seat.

All of that happened once again. Everything went off without a hitch. But all the joy and celebration took a backseat to an emotional few minutes in which chairman and acting president Douglas Squires paid tribute to Dale Devlin, former Bestbuy chairman and member with Halton Automotive, who died in January.

Devlin was posthumously awarded the William Elton Award, handed out to recognize dedicated support, loyalty, contribution and friendship. Speaking to the 300 people in attendance, an emotional Squires spoke highly of a person who he regularly leaned on for support and knowledge.

“Dale was a steadfast and loyal advocate of Bestbuy and served the company and shareholders tirelessly for many decades,” Squires said. “His passing has left a large hole in the Bestbuy family and he is greatly missed as I’m sure by his family, his friends and business associates.”

Devlin was chosen for the award long before his passing.

“I only wish in my heart that Dale was here to properly receive it and the accolades he so justly deserves,” Squires said.

Mary, Devlin’s widow, and their children accepted the award to a standing ovation.

Bestbuy once again handed out its contribution to the SickKids Family Heart Centre with $31,300, buoyed by the $5,100 raised during an impromptu auction of a commemorative t-shirt during the group’s Buy & Sell event in St. John’s in September.

Photos from the night and the warehouse trade event the following day can be found below. 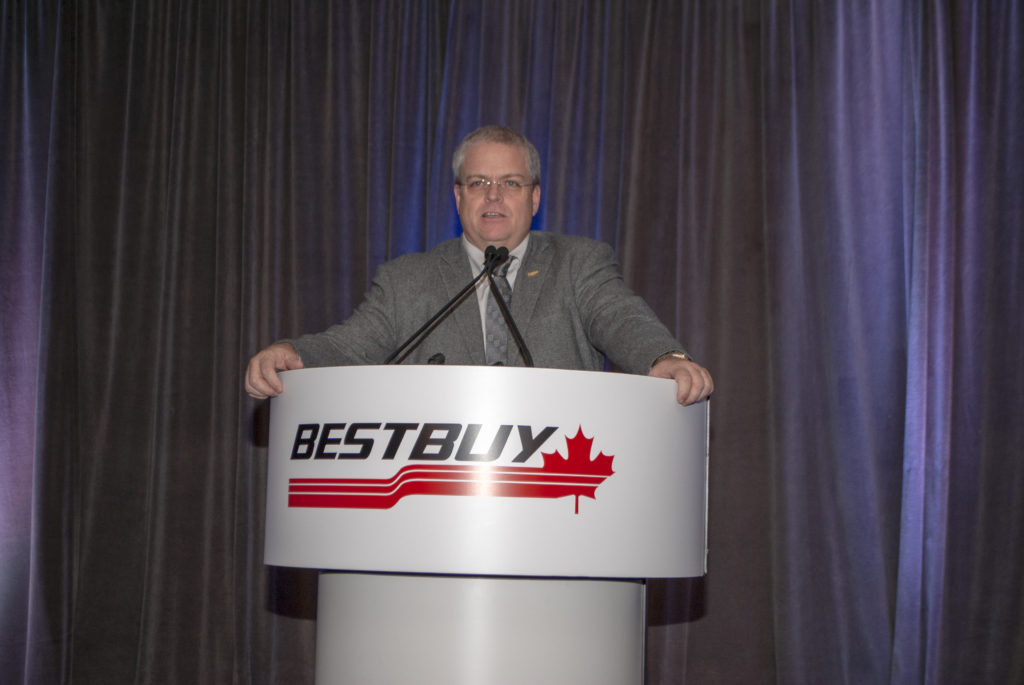 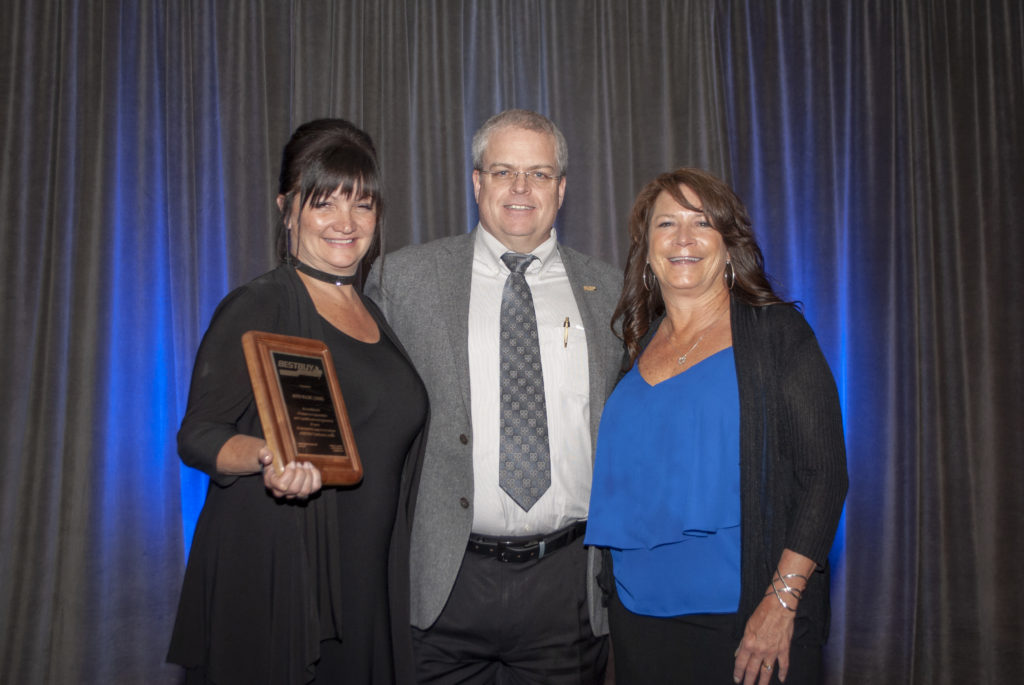 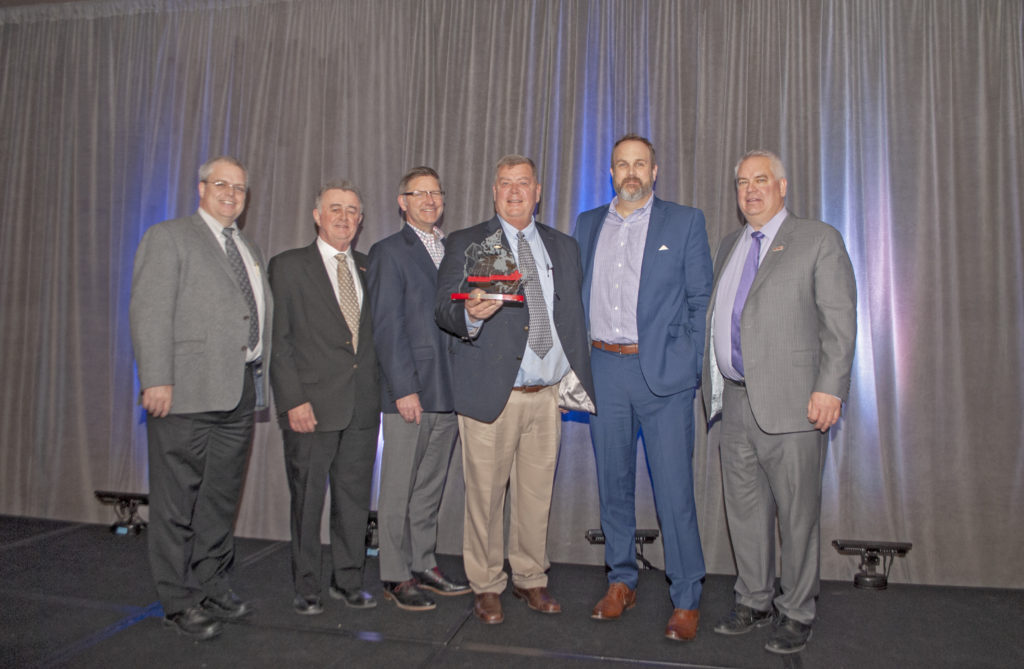 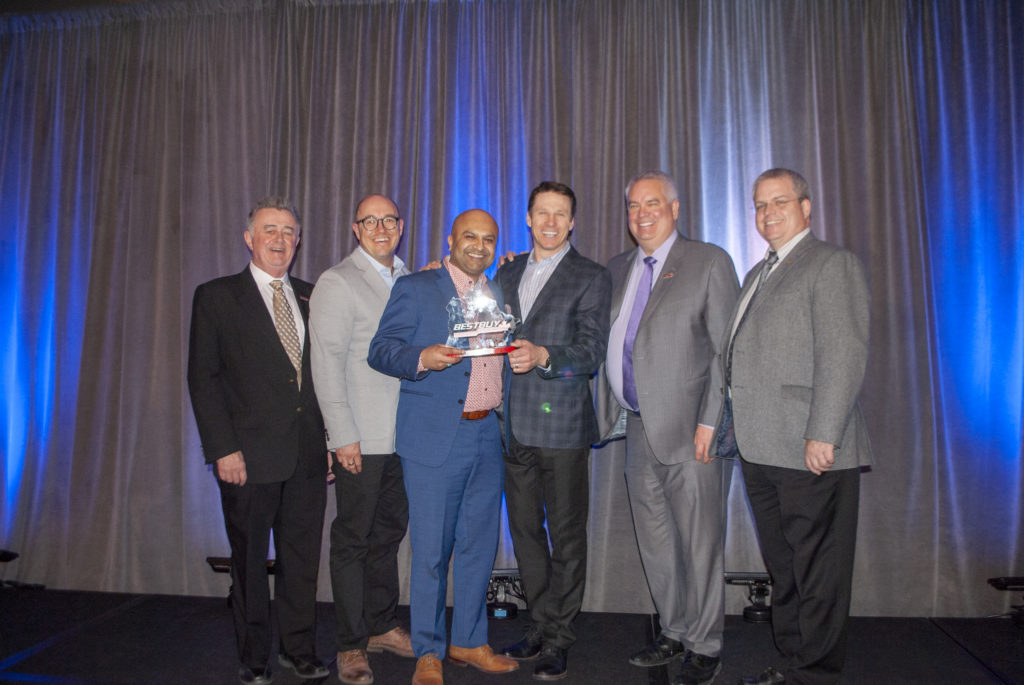 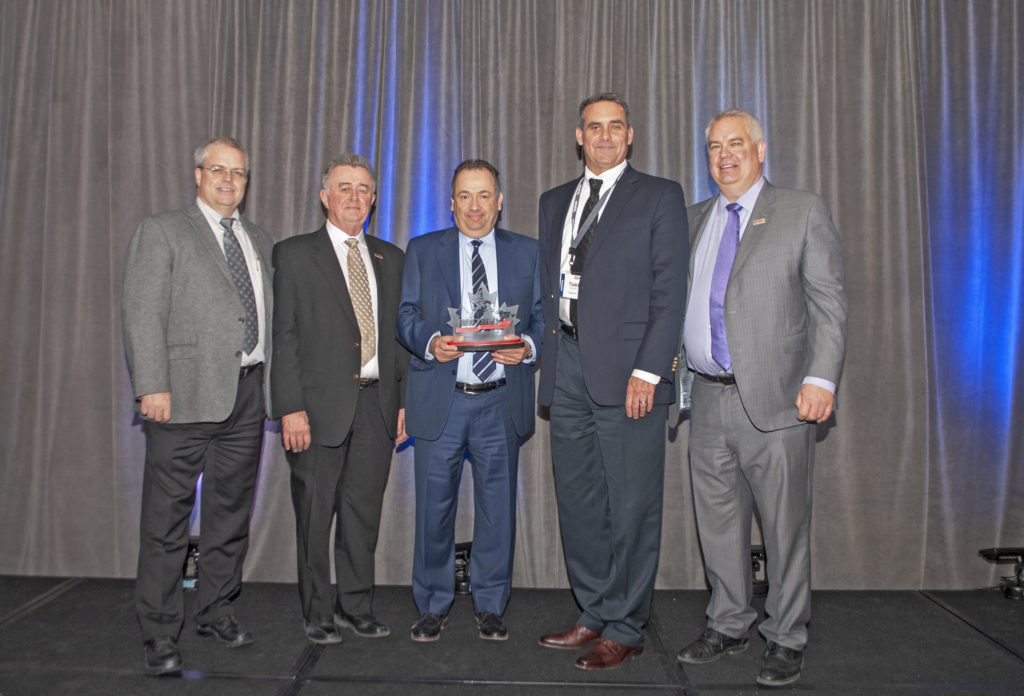 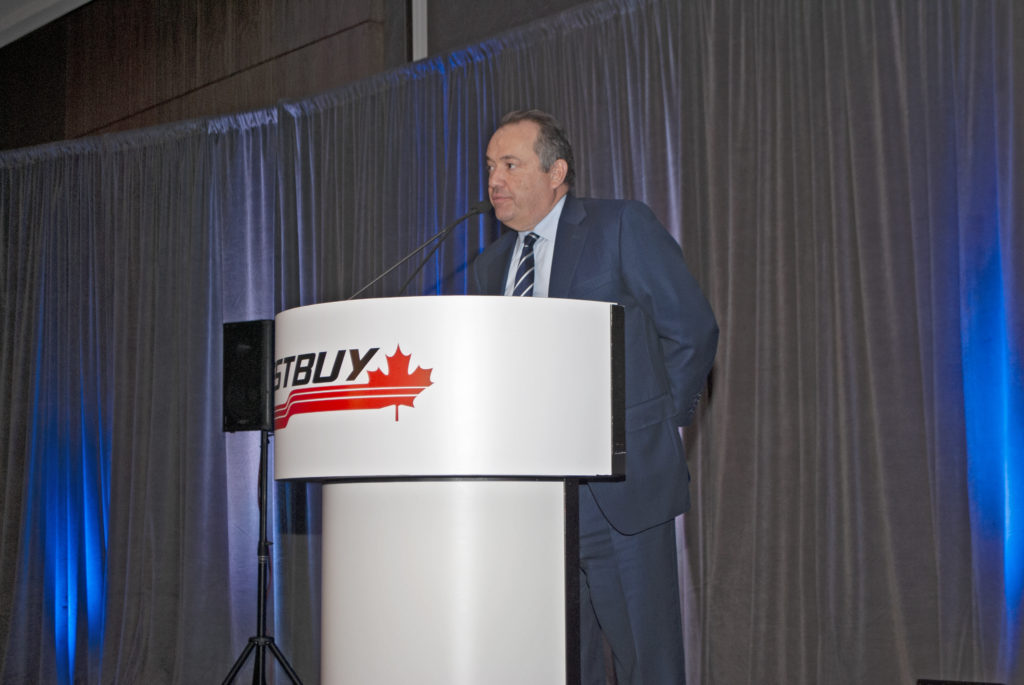 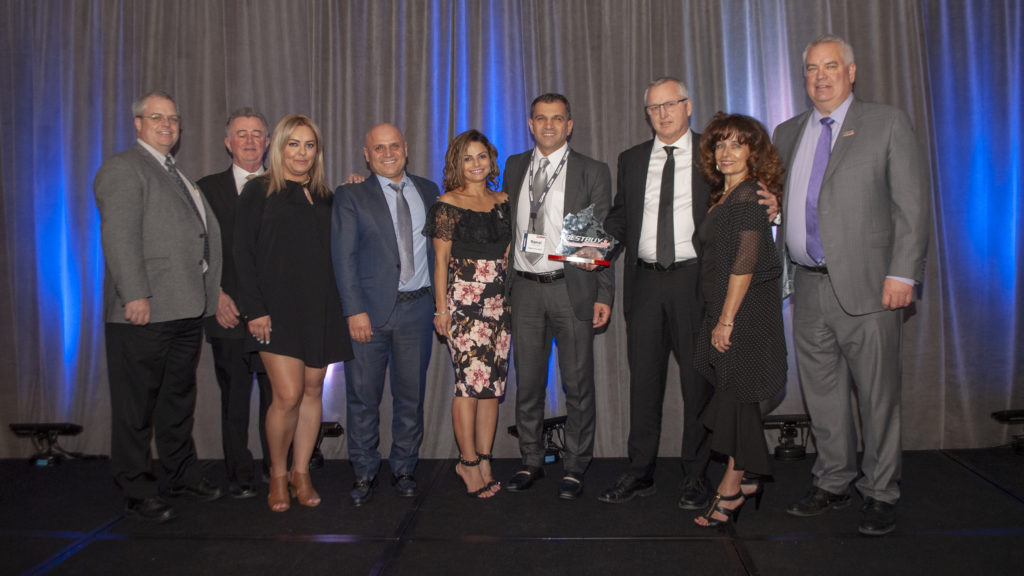 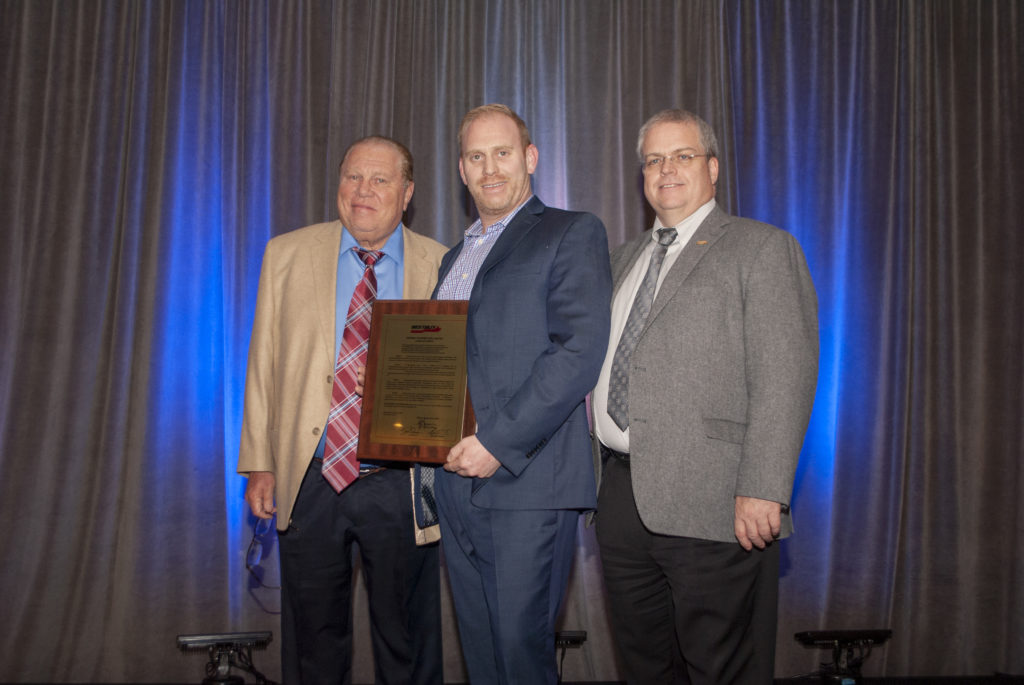 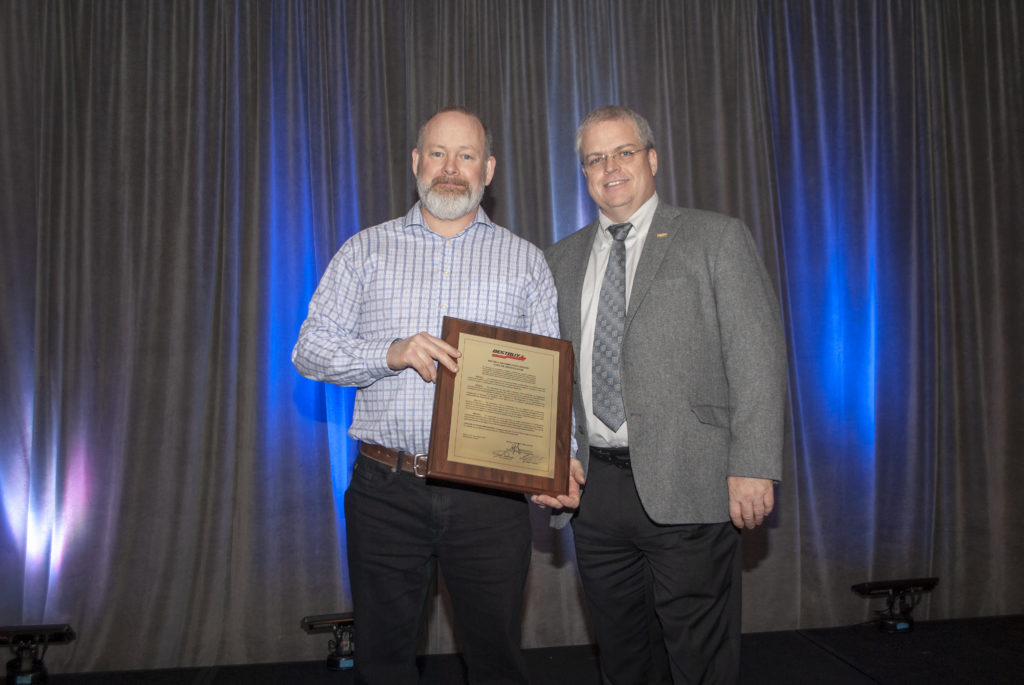 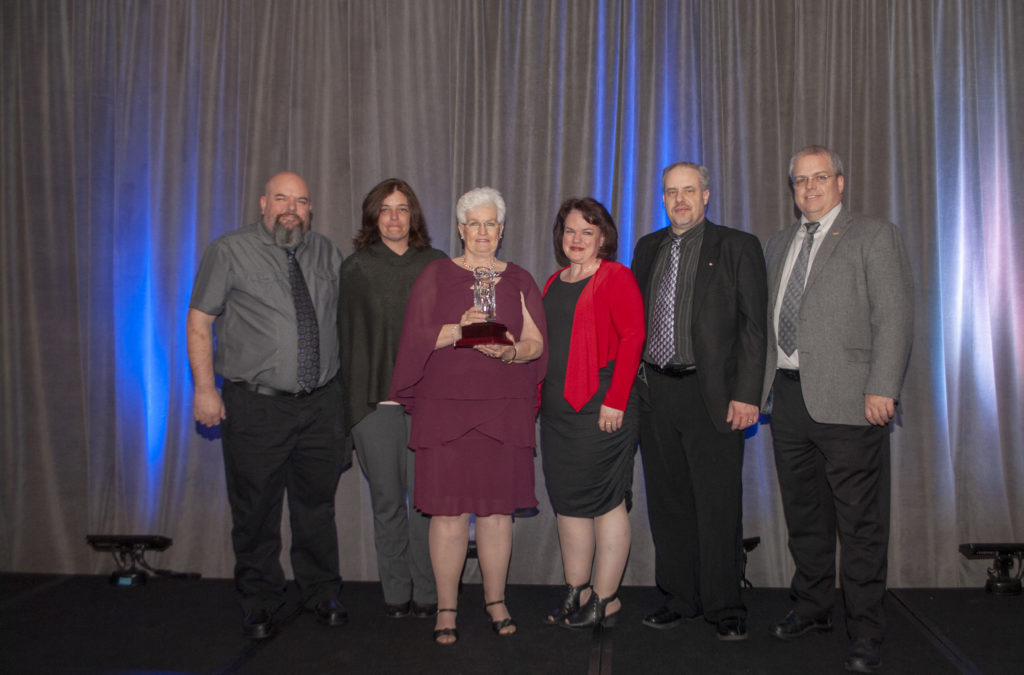 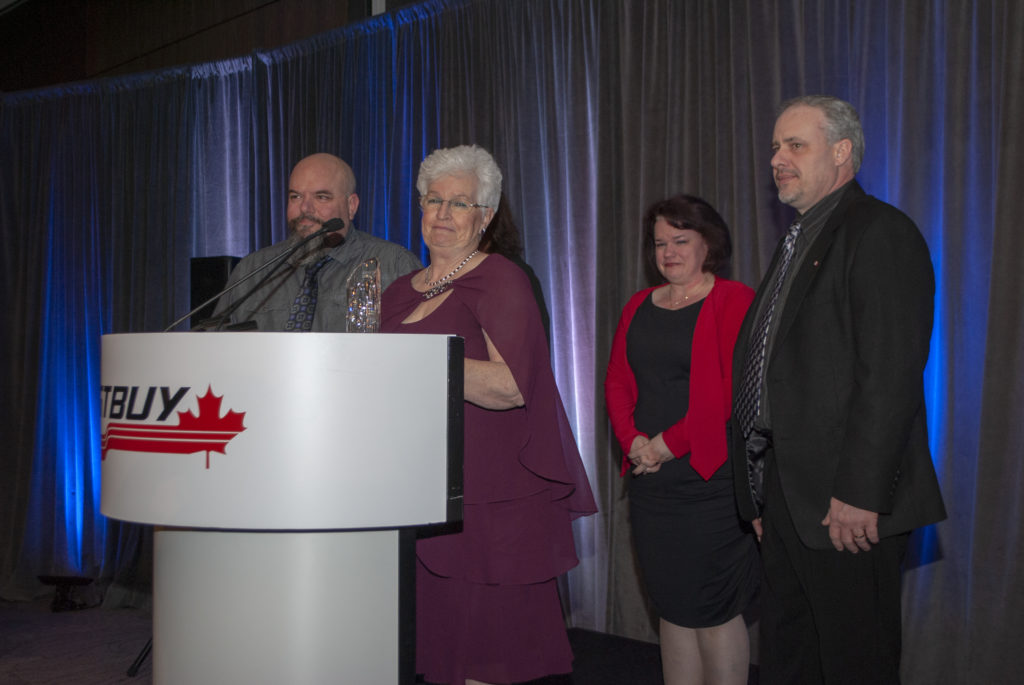 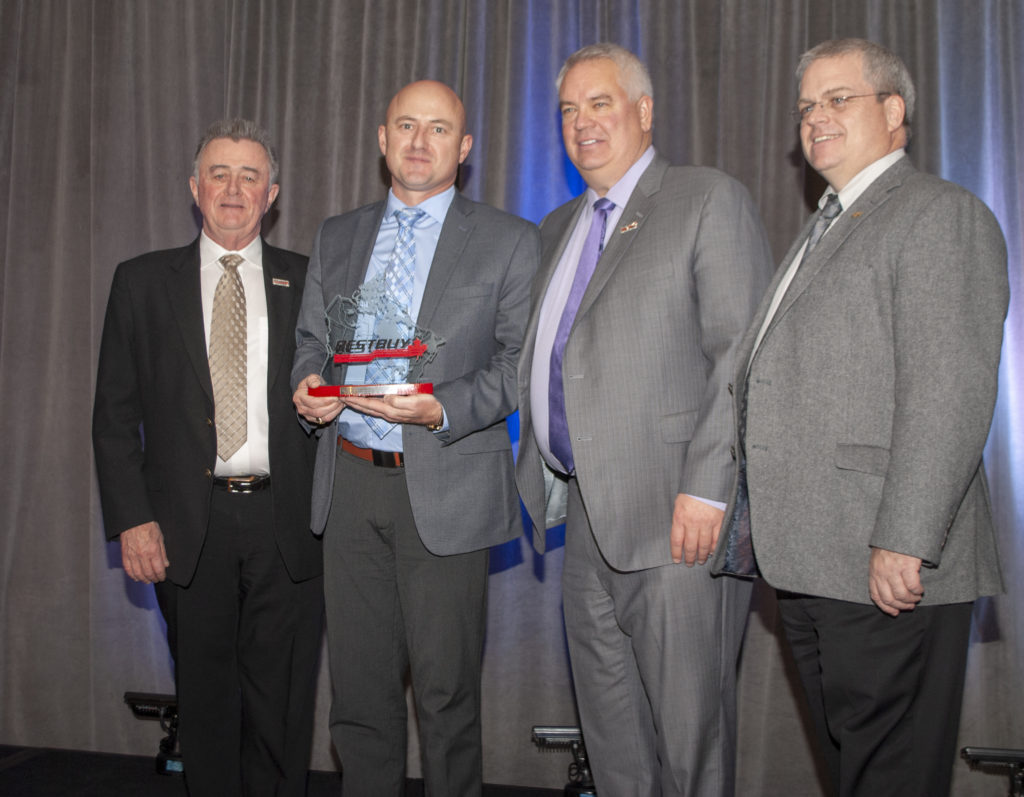 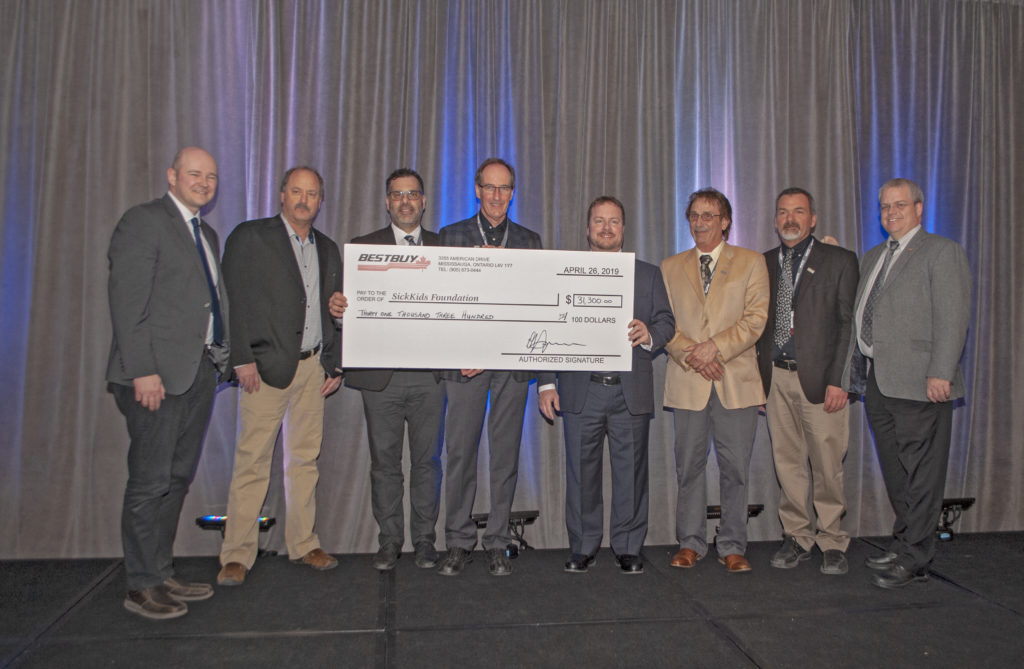 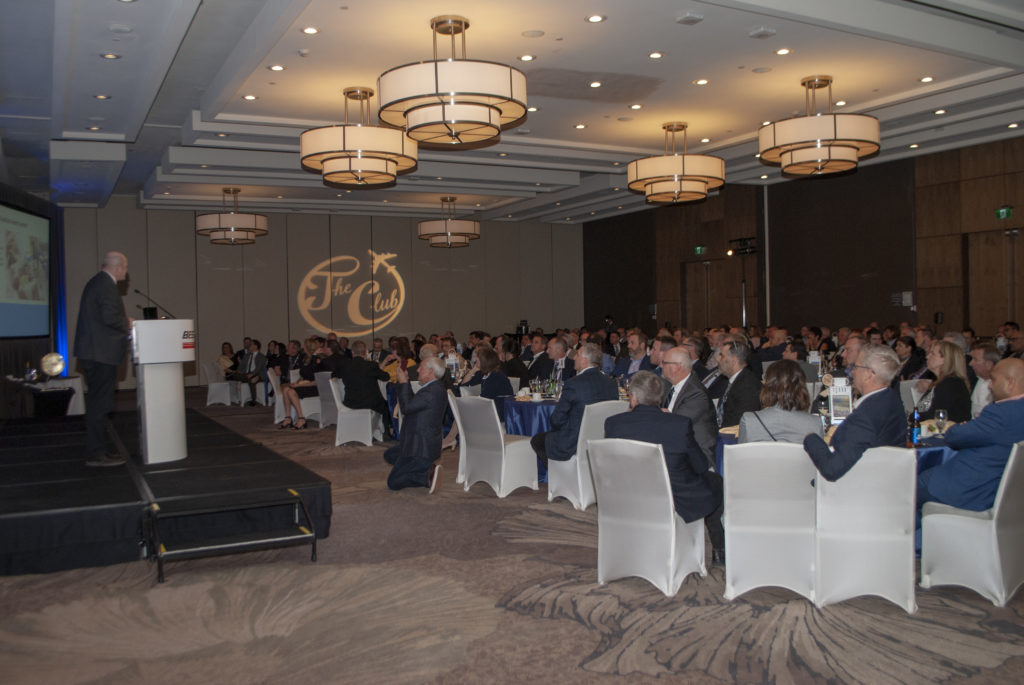 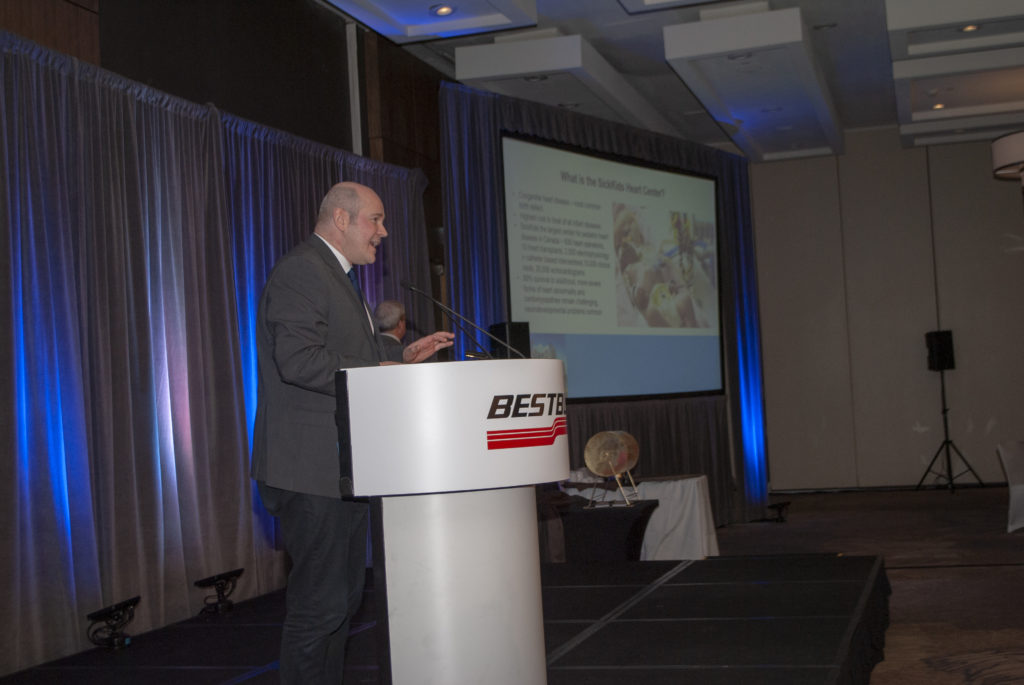 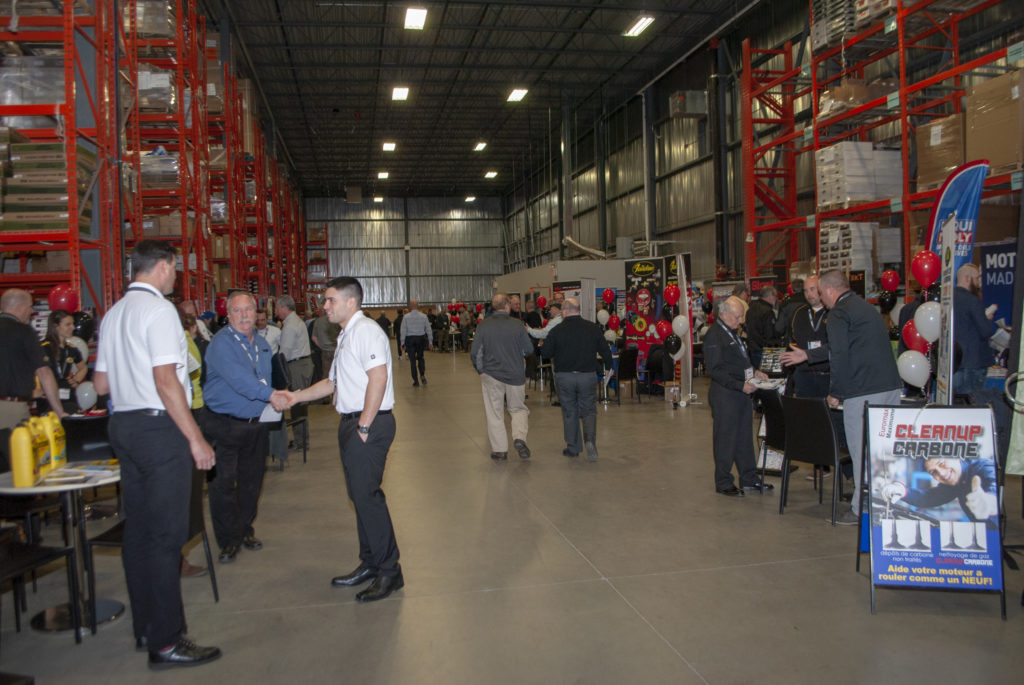 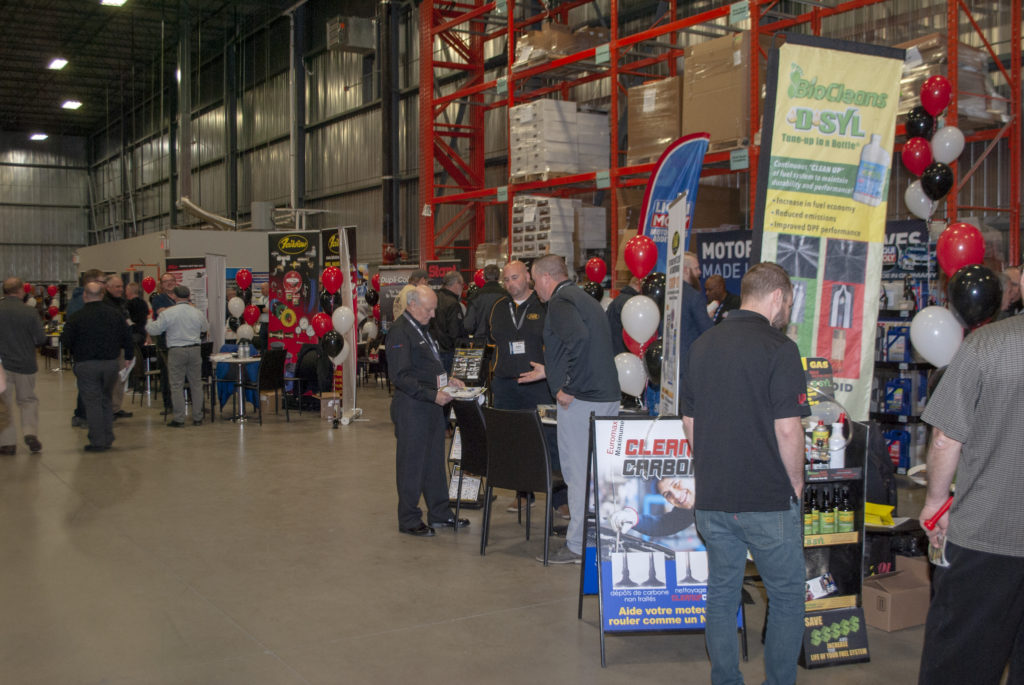 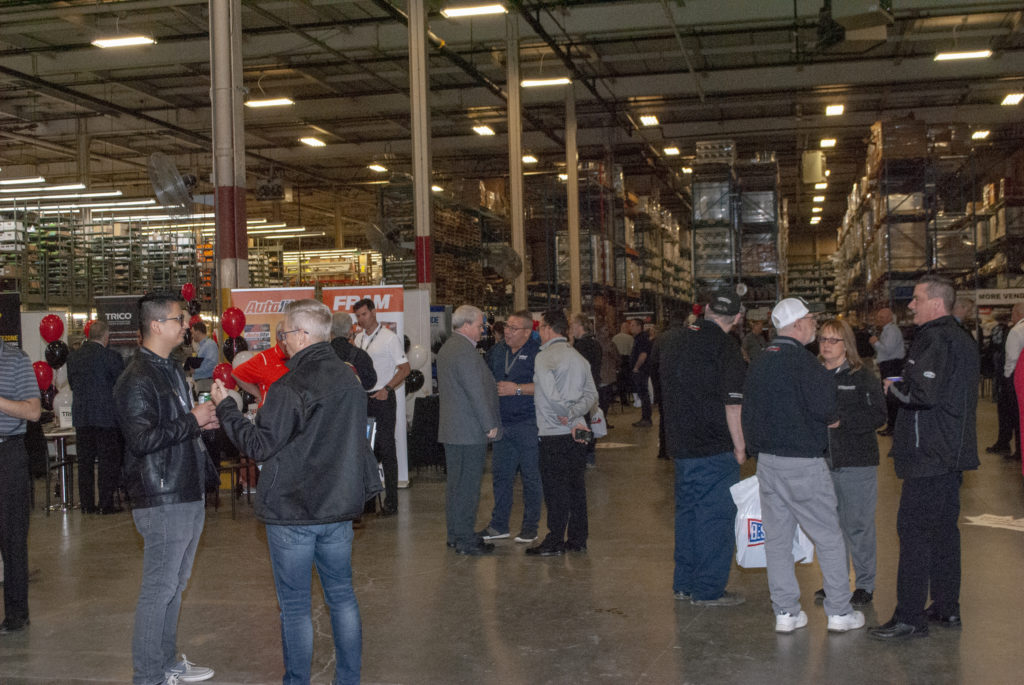 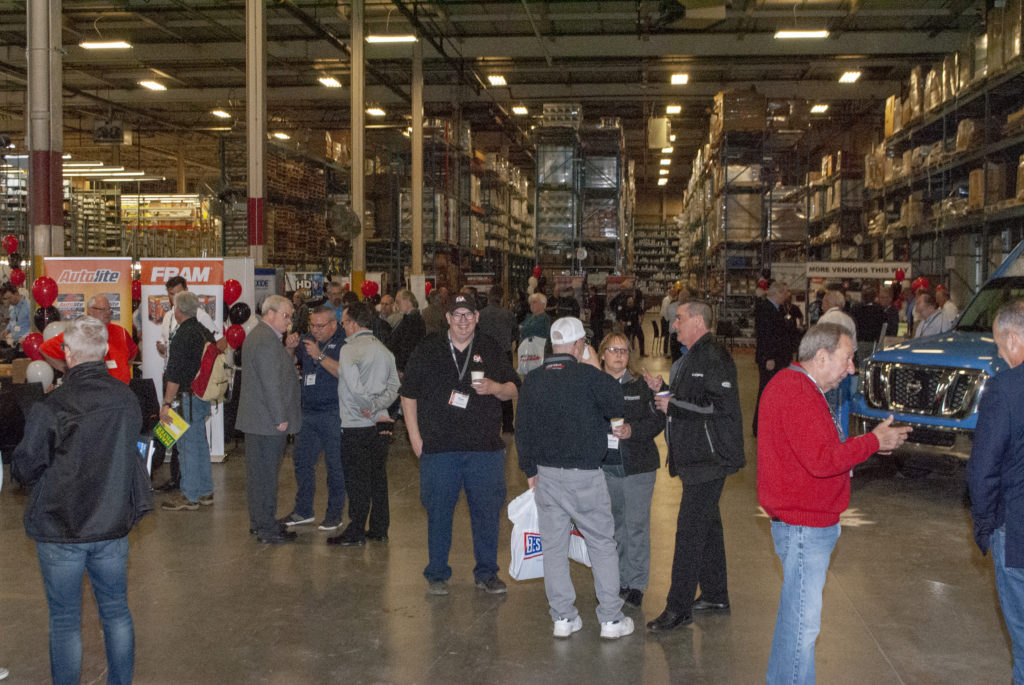 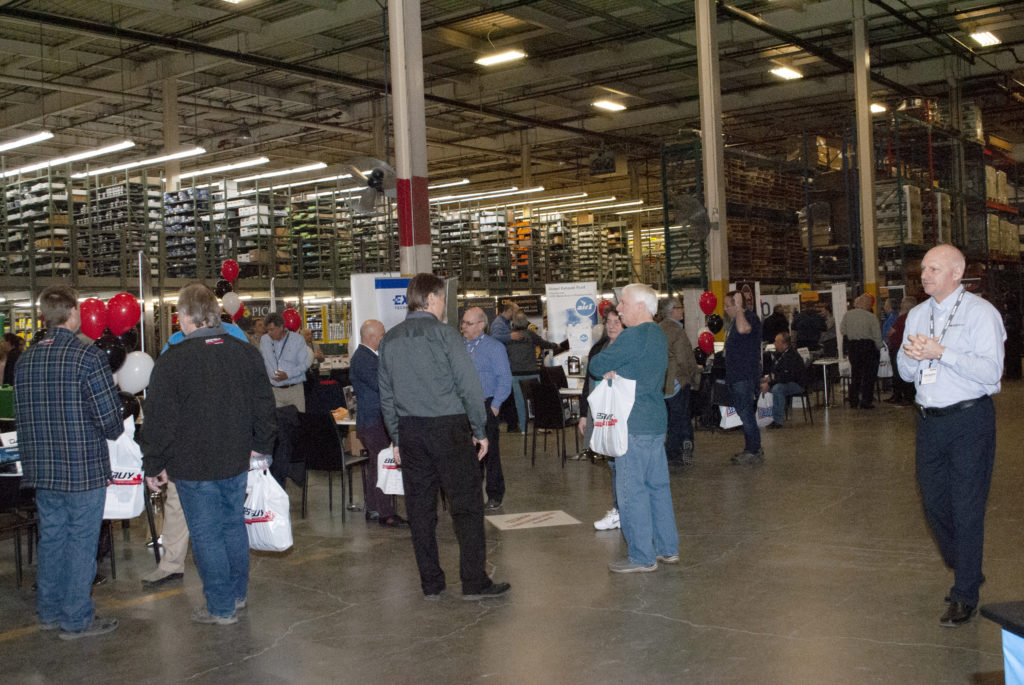 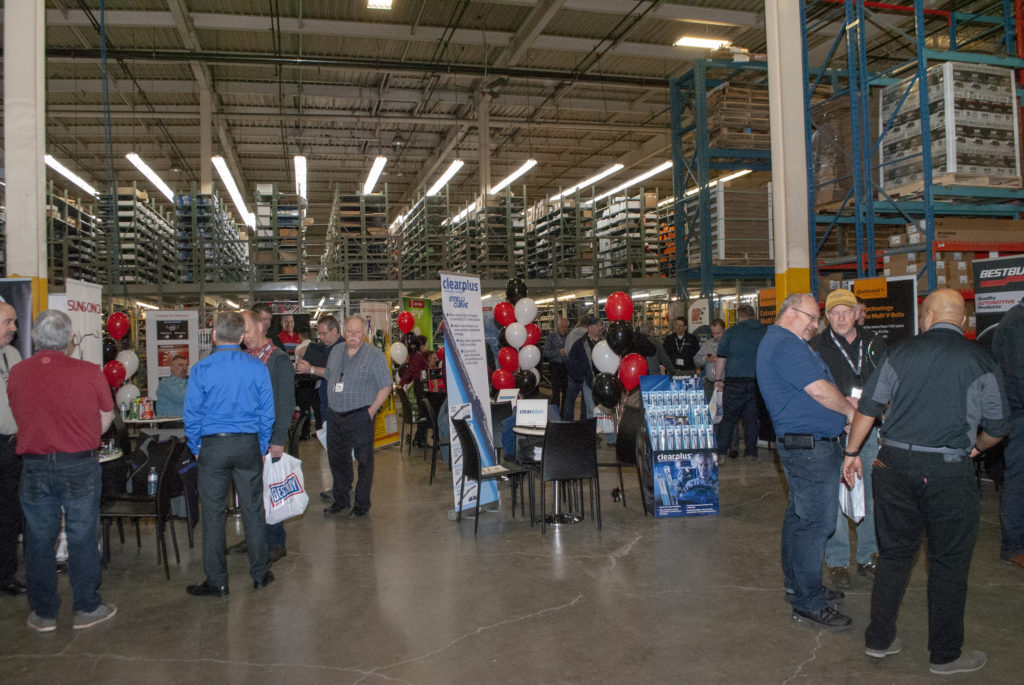