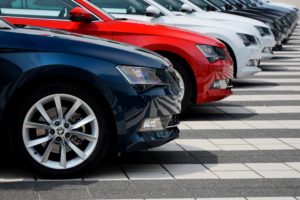 Early indications are pointing to a potential No. 1 issue for the U.S. in a renegotiated NAFTA: automobiles. What’s not clear yet is whether it will go from being important to being an irritant.

The issue came close to prompting an immediate public debate between the countries on the first day of the talks after remarks from the lead U.S. official were interpreted by some as floating the idea of a Made in America quota.

Both Canada and Mexico pushed back against the idea of an American-made quota in auto manufacturing — the lead ministers for both countries warned of damaging unintended consequences to the industry.

Auto production was the issue mentioned first, at greatest length, and in most detail by Donald Trump’s trade czar as talks got underway Wednesday.

Robert Lighthizer pointed to the carnage in the manufacturing sector as the reason so many Americans view NAFTA as a failed agreement.

“Thousands of American factory workers have lost their jobs because of these provisions,” Lighthizer said in his opening remarks.

He cited priorities for the sector, designed to boost production of parts in North America, and in the United States. Industry members are warning Lighthizer to handle the matter with care as the details are complicated, and any wrong moves could either drive up vehicle prices.

There’s also a risk that changes could make North American producers less competitive, or even force them to just ignore the new rules and simply pay a tariff that would be passed along to consumers.

A Canadian auto-industry representative at the talks said he’s not worried by what he heard: “There’s no anxiety about it with us,” said Flavio Volpe, president of the Automotive Parts Manufacturers’ Association.

“If you make it too onerous, does a company or supplier say, ‘Forget about compliance. I’ll just pay the tariff’?”

For example, Volpe interpreted Lighthizer’s words to mean that he’s hoping for more production in the U.S. as a spinoff effect of a stronger North American industry, not as a demand that plants move there from other countries.

But he urged negotiators to be very careful when touching the current rules. He warned of ample possibilities for unintended consequences.

“It’s not simple,” Volpe said. “If you make it too onerous, does a company or supplier say, ‘Forget about compliance. I’ll just pay the tariff’?”

That means production would actually shift abroad: companies would simply pay the tariffs, ranging from 2.5 to 6.1 per cent, as a cheaper alternative to following complicated new rules.

Finally, damaging Mexican competitiveness can boomerang on companies from the other countries. He said Canadian auto-parts companies have 43,000 employees in Mexico.

Foreign Affairs Minister Chrystia Freeland pushed back when asked about the idea of a U.S. content requirement. “Canada is not in favour of specific national content in rules of origin,” she told a news conference later Wednesday.

“We’re also very aware of the extreme complexity of rules of origin. It’s going to be very important … to take very great care in any changes that are made to ensure they don’t disrupt supply chains.”