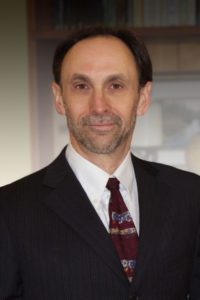 Steve Fletcher, managing director of the Automotive Recyclers of Canada

The managing director of the Automotive Recyclers of Canada (ARC) says his association will follow an Ontario association out the door of the National Automotive Trades Association (NATA).
Steve Fletcher said his board has not authorized him to renew its NATA membership, which ran out at the end of August.
“We’re out,” he said yesterday, following a public meeting organized by the Automotive Aftermarket Retailers of Ontario (AARO). “I can confirm that.”
He said that NATA – an umbrella association with the sole mandate of administering the Canadian Automotive Service Information Standard (CASIS) – has not been particularly active in recent years.
“We hear from them maybe once or twice a year,” he said.
Indeed, the lack of activity led AARO board member John Cochrane to resign as NATA president last month. AARO executive director Diane Freeman resigned as treasurer, and her Ontario association dropped out of NATA entirely. AARO held the public meeting to announce a new plan to work with an American association in the battle for access to OE service information.
“With all this going on, you have to wonder how effective NATA can be,” said Fletcher. His organization represents provincial recycling associations across the country.
“Who is still active in NATA?” Fletcher asked. “Diane has resigned, John has resigned, AARO is out. They’ve lost, what, 40% of the membership? More?”
Indeed, the only real driving forces left under the NATA umbrella are the Automotive Retailers Association of British Columbia (ARA) and the Hamilton District Autobody Repair Association (HARA).
NATA has yet to announce a new president or treasurer.
Former NATA president Rob Lang said the loss of AARO is both surprising and disappointing.
“It absolutely flabbergasts me that an association with such a tremendous interest in CASIS can just walk away from it,” he said.
Although he is no longer on the NATA board, he represents NATA on the CASIS task force. He said NATA’s work administering CASIS will continue.
“We’ll carry on. I don’t know what this does to our legitimacy – if it even affects that at all. I can’t say for sure, but I don’t think it will. It certainly won’t hurt us in the areas where we need legitimacy.”
He admitted that NATA has been somewhat preoccupied with the right-to-repair fight since 2009 when the agreement was signed.
“The only thing NATA has stood for – our only real success – has been CASIS,” he said. “It’s been our raison d’etre for the last few years. That’s what we’re there for. And we’ll continue to focus on that.”