For those with the time and the financial resources to make a trip to Monaco and have enough money left over to bring back some toys, the COYS auction house has more than 100 historic, sports and grand prix cars on offer May 14 at the ‘Legend et Passion’ auction. 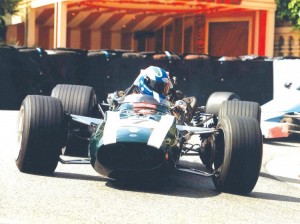 This1968 Cooper BRM T86B works car finished third at Monaco in 1968. This car has participated at the Historic Monaco Grand Prix and has been exhibited at the Ferrari Museum.

The international auctioneers are hosting their biennial sale over the weekend of the Grand Prix de Monaco Historique and will celebrate the race’s 10th edition with a selection of racing legends, including a 1968 Cooper BRM T86B works car, driven by Lucien Bianchi and Brian Redman, a number of competition rally cars, formula cars, classic Ferrari, Maserati, Lancia, Maserati and Lamborghini models and even a few more modestly priced collectibles like the Innocenti Mini, expected to go for less than 8,000 Euros. There are also quite a few motorcycles and a boat up for auction.

The entire catalogue is available at www.coys.co.uk/legende-et-passion.

COYS have been running ‘Legend et Passion’ since the very first historic grand prix, making it the oldest auction in the principality under one brand.

Chris Routledge, CEO of international auctioneers COYS, said: “It is an auction where legends and passion meet, where worldwide collectors and classic motorsport fanatics can find a way to get behind the wheel of iconic racing automobiles such as Lucien Bianchi’s Cooper BRM T86B.”   He added: “This car finished 3rd in Monaco 1968, it is a genuine masterpiece of motorsport history with excellent provenance and an extremely reliable 12 cylinder engine.” 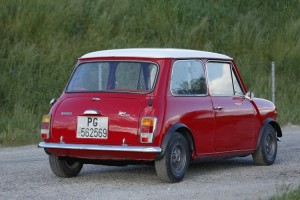 Innocenti’s Mini version was generally nicely equipped and had a better finish than their British brethren, leading to higher sales and a better reputation in many continental European markets. The largest improvement was the addition of a rear hatch, allowing for improved access to the luggage compartment.