Bridgestone Corporation  has announced  that it successfully built passenger tires with 100% of its natural rubber-containing components derived from guayule, a desert shrub that grows in arid regions. Built at the Bridgestone Technical Center in Japan, the tires are particularly unique because they were constructed using the company’s guayule natural rubber cultivated by Bridgestone at its Biorubber Process Research Center (BPRC) in Mesa, Arizona, U.S.A. 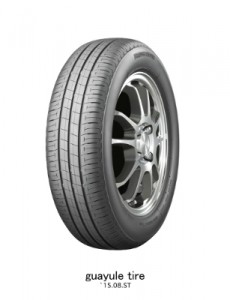 A truly global effort, Bridgestone built similar passenger tires at its operations in Rome, Italy earlier this summer. In those tire builds, all of the tire’s major natural rubber components — including the tread, sidewall and bead filler — were replaced with natural rubber extracted from guayule grown and harvested by Bridgestone.

Tire demand is expected to increase in conjunction with global population growth and the advancement of motorization in developing nations. Today, approximately 90% of all natural rubber is harvested from the Hevea brasiliensis rubber tree, which is primarily grown in tropical regions of Southeast Asia. Bridgestone is continuing to invest in and advance major research and development in search of new and more sustainable sources of natural rubber to alleviate the overconcentration of natural rubber production in certain regions.

Natural rubber is the primary raw material used to produce tires worldwide, and it’s consumed in large quantities. Bridgestone’s future research endeavors will focus on optimizing the natural rubber content in each guayule shrub, as well as evaluating applications in a wider range of tire types and rubber compounds.

After securing a plot of agricultural land in Eloy, Arizona, with an area of 114 hectares or approximately 281 acres, the Bridgestone Group established a research farm to employ advanced breeding practices and develop guayule cultivation techniques. The Bridgestone Agro Operations Research Farm opened in September 2013. One year later (September 2014), Bridgestone opened the BPRC and established, in-house, all processes necessary for developing guayule natural rubber for use in tire applications, including research and development, experimental production, and manufacturing.

The Bridgestone Group will continue its research activities with guayule and various other raw materials with the aim of achieving its long-term environmental vision of shifting towards 100% sustainable materials in tires by 2050.