Just under two million vehicles were sold, making it the second best year ever. Further declines, though, are expected 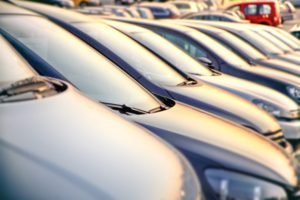 The auto consultant said 114,289 vehicles sold in December, compared with 124,247 in the same month last year, for a 10th straight month of declines including 12.1 per cent for passenger car sales and 6.5 per cent for light trucks.

The drop is a hit to the market but still shows fairly robust sales, said Dennis DesRosiers, president of the consultancy.

“Any negative is difficult for the market, but to put it into perspective, it was only four or five years ago that if you got to 1.5 million you were nirvana. And now we complain about almost two million.”

The industry should expect a similar drop for this year, likely somewhere between a two and four per cent decline in sales, he said.

“We see no signs of any upside, any positive, be there’s also a lot of potential out there that it’s hard to see any free fall. So we think it will be more of the same next year.”

Light truck sales, which include pickup trucks and various types of SUVs, rose 0.6 per cent in 2018, while generally more fuel efficient passenger car sales dropped 9.7 per cent year over year.

General Motors, which has faced criticism for plans to close its Oshawa Assembly Plant, saw sales drop 30 per cent in December from a year earlier. The automaker came second in total number of vehicles sold for the year.

Fiat Chrysler Automobiles also saw a steep drop in December at 32.5 per cent, while Ford Motor Co. was down 8.4 per cent. Toyota sales were up 28 per cent and Honda sales were up 11.2 per cent.

Ford ended the year as the top-selling brand in Canada with 297,902 vehicles sold, driven by sales of its F-150 pickup truck despite a 3.4 per cent overall decline for the year, said the automotive consultancy.

Volvo had the highest percentage growth in the industry with a 29.8 per cent climb to 9,217 vehicles sold.