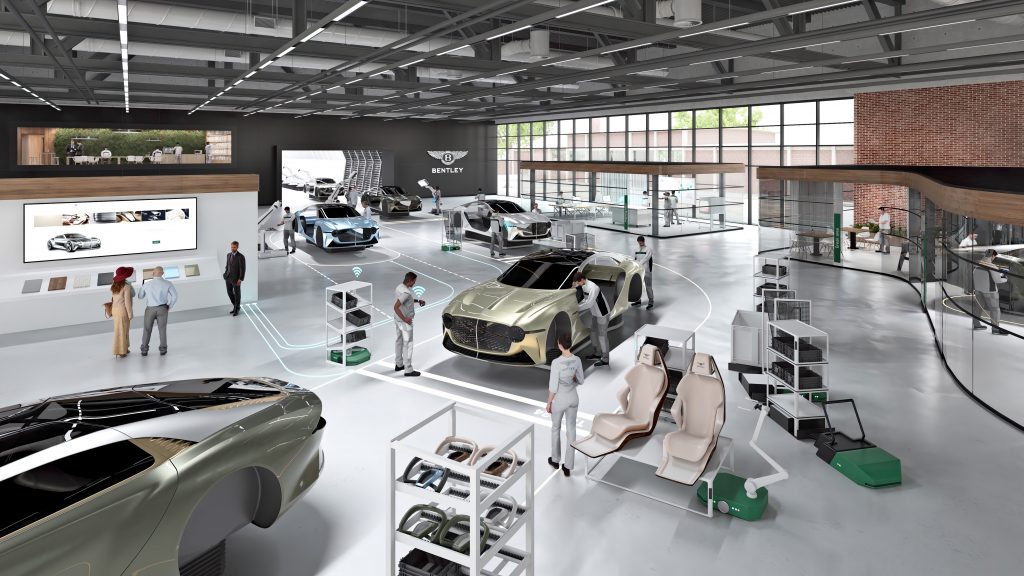 Luxury automaker Bentley announced that it plans to become a fully electric brand at the end of the decade.

It will invest nearly $4.3 billion (2.5 billion pounds) in reaching this goal, Bentley said recently. The investment will include research and development and major upgrades to the automaker’s plant manufacturing campus in Crewe, England through 2032. This campus is the only assembly plant for Bentley in the world.

This announcement comes after Bentley announced its electrification target in 2020. It was part of its Beyond100 plan that would see the company transform into a fully electric and carbon neutral organization by 2030.

The company’s first battery electric vehicle is set to roll out in 2025.

“Beyond100 is the boldest plan in Bentley’s illustrious history, and in the luxury segment. It’s an ambitious and credible roadmap to carbon neutrality of our total business system, including the shift to 100 per cent BEV in just eight years,” said Adrian Hallmark, chairman and CEO of Bentley Motors.

“Our aim is to become the benchmark not just for luxury cars or sustainable credentials but the entire scope of our operations. Securing production of our first BEV in Crewe is a milestone moment for Bentley, and the UK, as we plan for a long-term sustainable future in Crewe.”