Canadian Independent Automotive Association is organizing phone-in ‘town hall’ meetings to inform shop owner what is being proposed, and why it needs to be changed.

The controversial private member’s bill, which contains a number of measures to regulate the automotive repair industry, was recently sent to committee for debate.

Art Wilderman, executive director of CIAA, says input is desperately needed from independent shop owners and technicians who have a better grasp than politicians do on the intricacies of auto repair.

“We need to communicate that we are extremely concerned about the future of the industry,” he said.

The province’s Standing Committee on Families and Communities will receive submissions on the matter until Oct. 28. After that it will consider changes to the proposed bill before it is brought back to the provincial legislature.

“We need people to send submissions to the government committee, or speak directly with their MLA,” Wilderman said.

To galvanize efforts, CIAA is organizing a couple of “town hall” phone-in information meetings which will allow shops to hear a summary of what’s being proposed, and some ideas on how the industry might persuade the government to change the most controversial elements of the legislation.

Details of the conference calls –scheduled for Oct. 12 and 13 – can be found at the CIAA website. (Or see the CIAA poster below.)

Wilderman says Bill 203 duplicates consumer protection measures that are already in place, and puts unrealistic constraints on the automotive repair industry. He is most critical of the prohibition on charging for diagnostic time, and the requirement to offer a 90-day warranty on all parts and service.

“The way it’s written, automotive dealers would not be able to stop independent shops from doing warranty work and charging it to the dealership,” he said. “We tried to explain how the industry works and that it’s not fair to say that anytime a repair goes sideways, someone else can fix it and charge the total cost back to the shop that did the original repair. The original shop needs to have first opportunity to fix a mistake.”

The bill also contains some things that are considered routine industry practices, like preparing estimates on every job.

Wilderman says the NDP government is eager to preserve public support after a few of its initiatives were met with angry protest.

“They being cautious about doing anything that isn’t seen as positive. They’d like to get re-elected,” he said. “If we give it enough noise, I think they’ll fix it.”

The bill is a proposed amendment to the province’s Fair Trading Act. The author of the bill, Edmonton-Meadowlark MLA Jon Carson, said it was designed to “protect Albertans from undue and unanticipated costs.”

He said some automotive repair businesses are “lagging behind” in their consumer protection efforts. 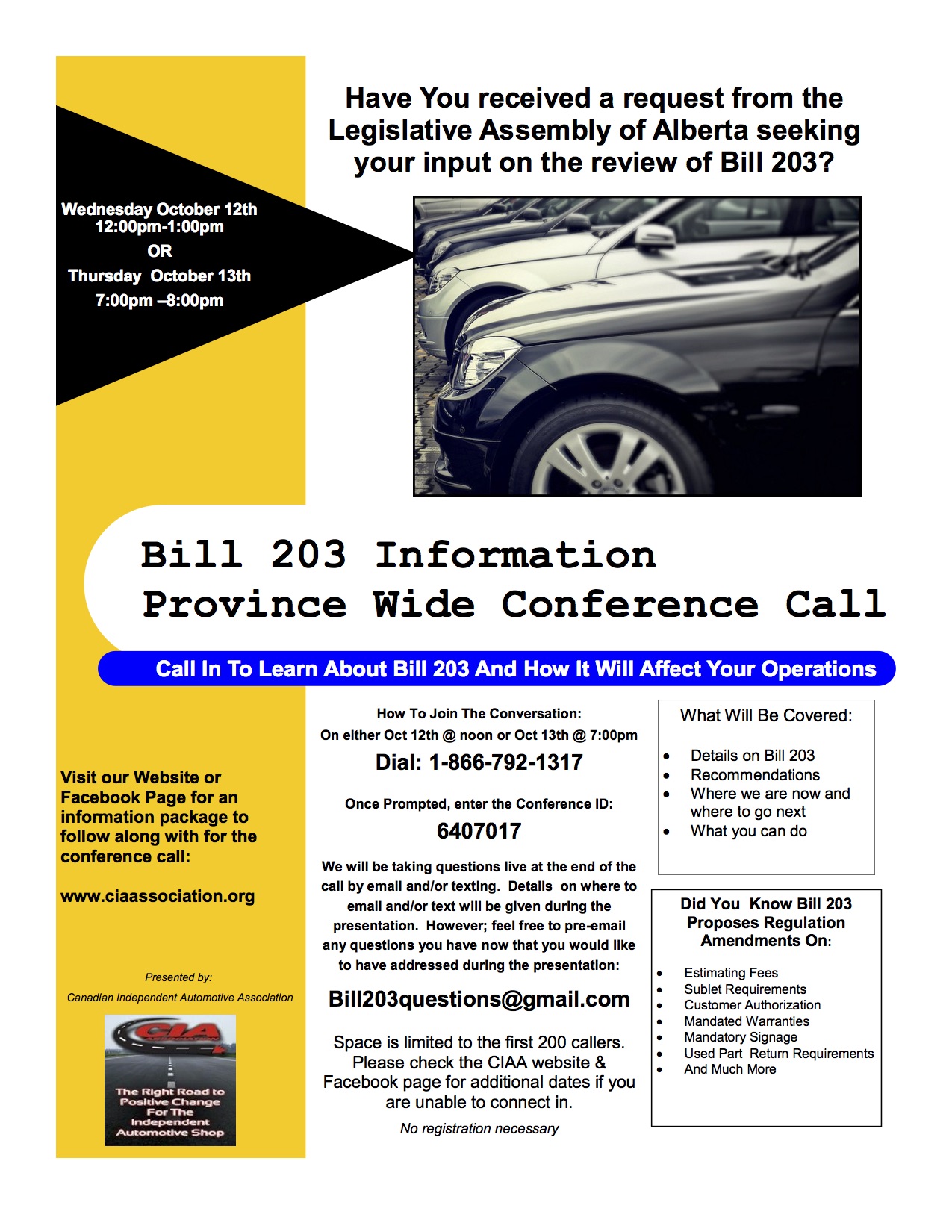