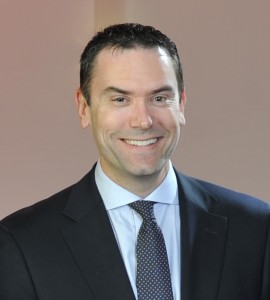 Masse, who has been with UAP since 2011, stepped in at the end of 2014 to lead all corporate functions for UAP’s Auto Parts Division as well as the Heavy Vehicle Parts Division.

UAP operates a network of more than 600 NAPA and CMAX part stores with nine distribution centers. It is a fully-owned subsidiary of Genuine Parts Company (GPC).

According to a company press release, GPC has worked closely with UAP over the past few months, to “effect positive organizational changes to ensure that UAP remains the dominant player in the Canadian industry, for both its Auto Parts and Heavy Vehicle Parts divisions.”

“He has a broad understanding of UAP’s business, having worked successfully in its Auto Parts and Heavy Vehicle Parts Divisions,” he said. “He has helped implement many of the changes within the organization to improve its performance. I am confident that Alain will lead UAP to execute the company’s strategies efficiently and deliver outstanding service to our customers.”

Prior to joining UAP, he had acquired experience as independent business owner, which led him to the Cantrex Group, where he was president and general manager for over five years.

“I am honored to serve as President of UAP,” Masse said. “UAP is evolving into a dynamic, faster growing, and better performing organization.”

He said 2015 has been a very good year for UAP.
“Together with the UAP team, our business partners and our loyal customers, I look forward to further strengthening our position as the number one market share leader in Canada.”