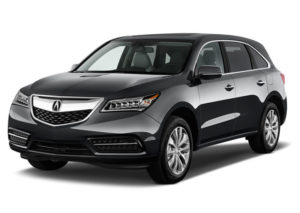 Honda’s luxury brand Acura is recalling more than 360,000 SUVs worldwide because water can get into the tail lights and make them go dark.

The recall is mostly in North America and covers the MDX from the 2014 through 2019 model years.

The company says that due to a manufacturing problem, water can get into the light assemblies through some seals and cause electrical problems. That can knock out lights in the tailgate and some interior lighting. Acura says it hasn’t received any reports of crashes or injuries.

Dealers will replace the seals, and if necessary install new light assemblies and wiring.

Owners will be notified early next month.