Ford F-150 at the center of the most online searches in Canada during 2016. 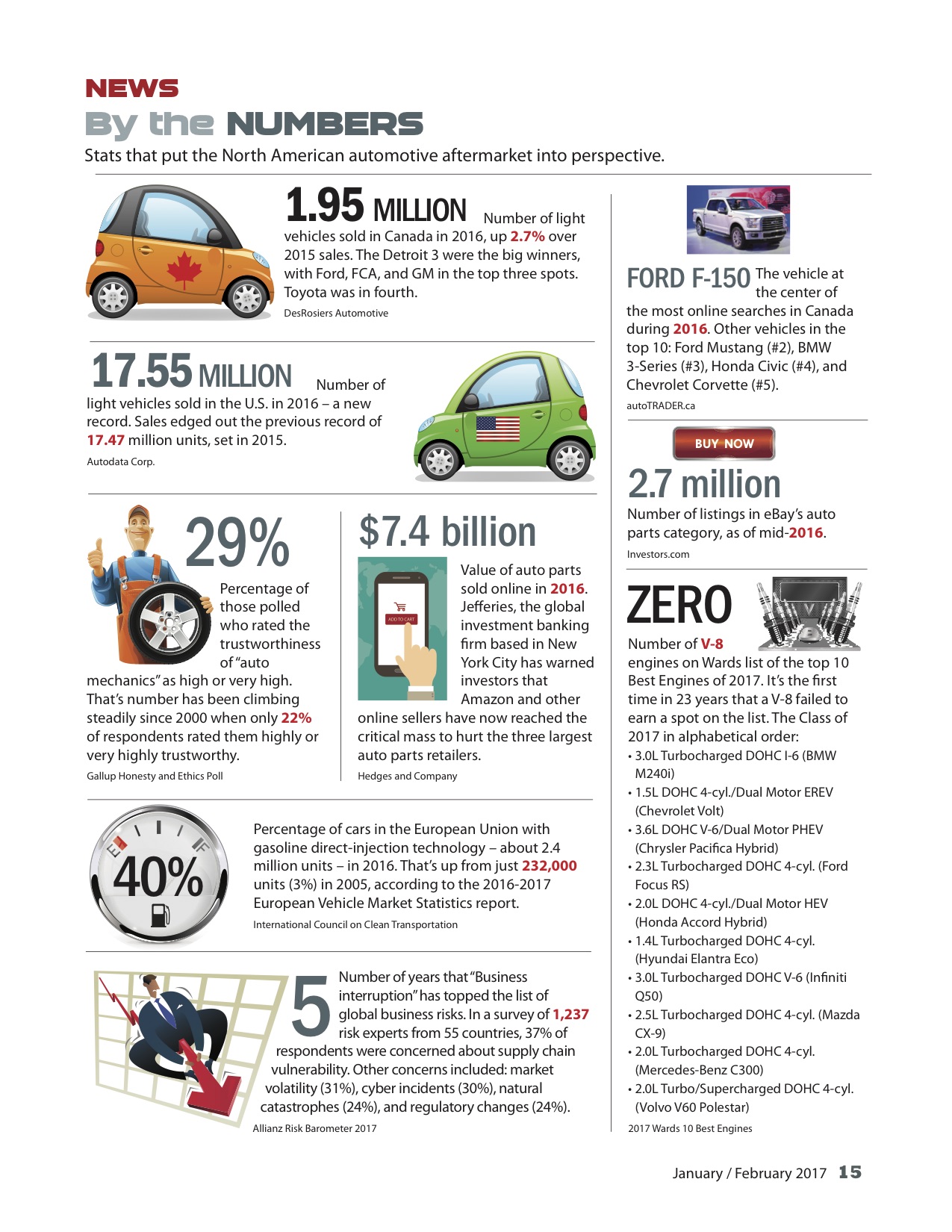 Percentage of those polled who rated the trustworthiness of “auto mechanics” as high or very high. That’s number has been climbing steadily since 2000 when only 22% of respondents rated them highly or very highly trustworthy.

Value of auto parts sold online in 2016. Jefferies, the global investment banking firm based in New York City has warned investors that Amazon and other online sellers have now reached the critical mass to hurt the three largest auto parts retailers.

Number of listings in eBay’s auto parts category, as of mid-2016.

Number of years that “Business interruption” has topped the list of global business risks. In a survey of 1,237 risk experts from 55 countries, 37% of respondents were concerned about supply chain vulnerability. Other concerns included: market volatility (31%), cyber incidents (30%), natural catastrophes (24%), and regulatory changes (24%).

American consumers who, in 2016, purchased a new vehicle of the same make that they already owned – a record loyalty rate. General Motors and Ford were the top winners of consumer loyalty in 2016.