December sales proved to break a different type of record as new vehicle sales saw a year-over-year decline when compared against the previous year (128,874 units in 2015 versus 131,393 units in 2014). This represented a 1.9 percent decline over 2014 and was the first month to break a 32 month streak of consecutive YOY increases.

As always there are trends that arise each year that are indicative of the environment for purchasing new vehicles.

Second, the luxury market reached a new record volume of sales and a new record market share. While luxury passenger cars saw a net increase over the previous year, luxury SUVs were the driving contributors for growth in 2015.

Compact sport utility/crossover vehicles were also the largest segment in the market beating the compact car segment for the first time.

SUVs as a whole have been the fastest growing segment in both the mainstream and luxury market.

Fifth, despite the significant slow-down in sales in Alberta, pick-up trucks also hit a new record level of sales.

FCA (formally Chrysler) led all OEMs with sales of 293,061 units (an all time sales record). Since Desrosiers first started tracking company level sales, this is the first time that FCA has held the title of best-selling vehicle company in Canada. For decades General Motors held the title, until 2010 when Ford over took GM and held the sales lead until 2015. Although FCA was the sales leader, General Motors saw the biggest increase within the three traditional Detroit based OEMs with sales up 5.4 percent. FCA sales were up only 1.1 percent and Ford’s sales were down by 4.6 percent.

Month in and month out these top three selling brands are now all within a thousand units of each other. Toyota/Lexus and Honda/Acura held the number four and five positions but both were significantly behind the three sales leaders.

There were many reasons for this record sales performance including: 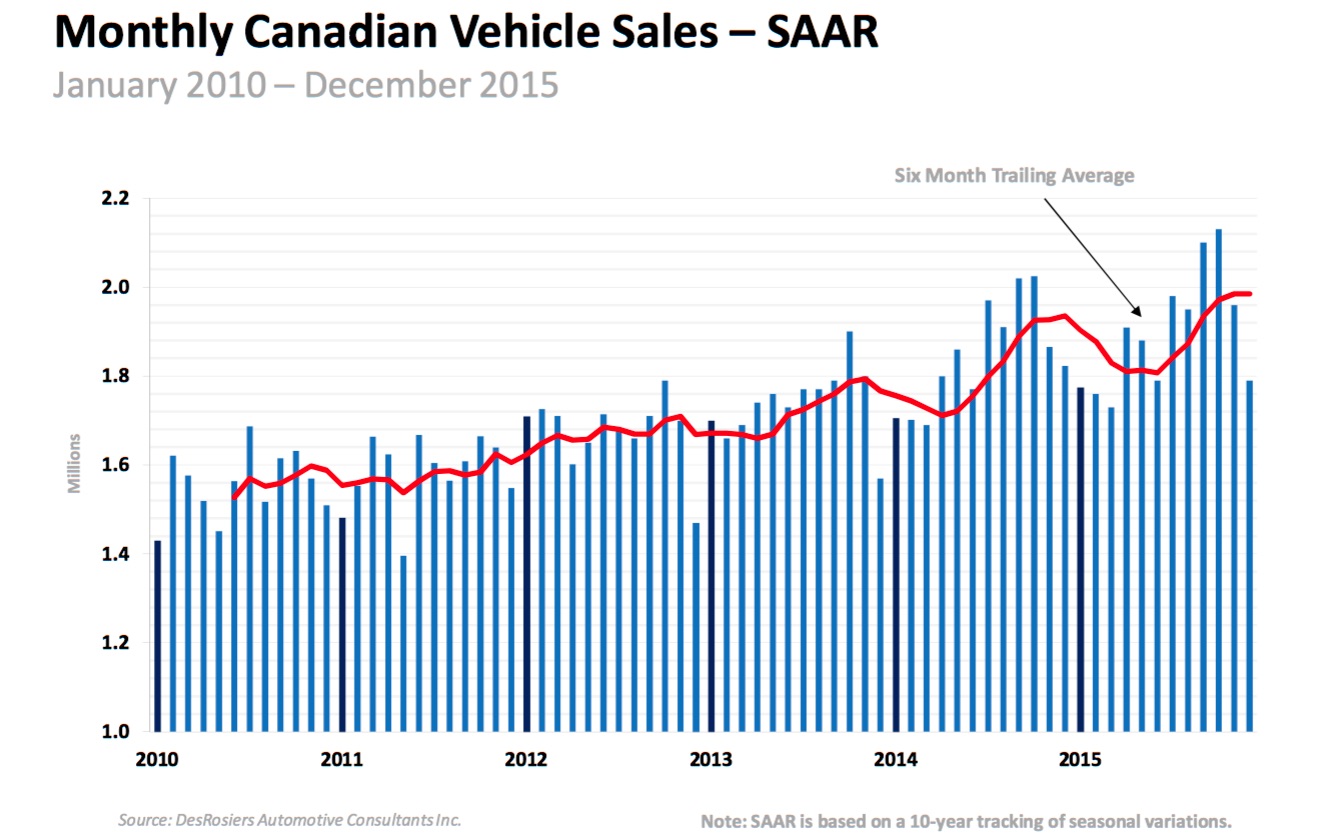